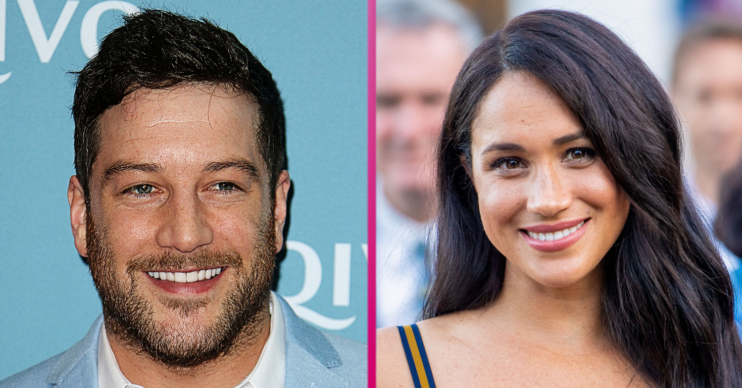 Just think what could have been for Matt and Meghan...

Meghan Markle once exchanged messages with former X Factor winner Matt Cardle before she got together with Prince Harry.

Now, Matt, 37, says that he doesn’t know how the situation come about.

He called it a “weird’ moment in his life.

What happened with Matt Cardle and Meghan Markle before Harry?

Speaking with The Sun On Sunday, Matt explained that he and Meghan started swapping messages on social media in 2015 after she started following him.

Meghan, then a star actress in US legal drama Suits, followed Matt after seeing him in West End show, Memphis.

“It was just a very weird situation — very odd. And I really don’t know how it came about,” he told the newspaper.

It was then Matt hooked with his partner Amber, and Meghan fell for Harry.

“Life’s got a course and I was not on that one. I’ve laughed about it, but it’s amazing thinking back.”

Who is Matt Cardle?

Matt became a household name in 2010 when he won The X Factor.

He beat out One Direction for the crown that year, and famously performed with Rihanna in the final.

And, after winning the final, he went on to earn £5million from his triumph, but was dropped from Simon Cowell’s label.

The couple set for a ‘showdown’

After an emotional year for Meghan, reports claim that the Queen and Prince Philip are ‘preparing for a showdown’ with the estranged Duchess and husband Harry.

March 2021 will mark the first anniversary of the couple leaving the UK to live in the US.

A royal source said at the time: “The Royal Family and Sussexes have agreed to an initial 12-month review to ensure the arrangement works for all parties.”

This means that there could be a review of the arrangement in March.

Meghan recently revealed that she tragically suffered a miscarriage in the summer.