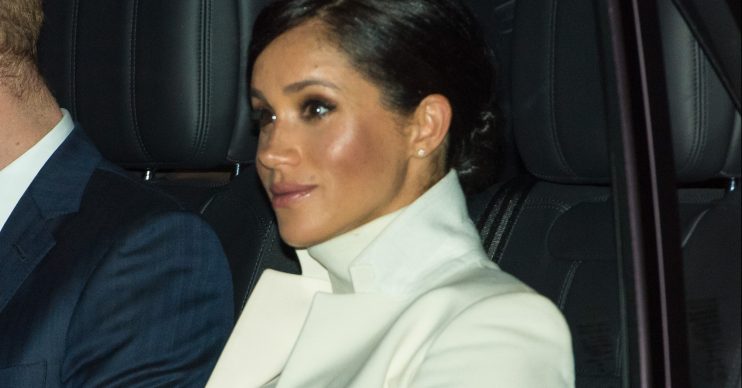 She claims their dad has been mistreated

Duchess of Sussex Meghan Markle celebrates her 38th birthday this weekend – but it sounds like she won’t be getting a present from her half-sister.

Samantha Markle, 54, has launched a staggering attack on Meghan, calling her “a disgrace” and even claiming that Prince Archie’s christening looked “faked”.

The comments come just months after Samantha apologised to the Duchess for their relationship spinning “out of control”.

In an interview with the Daily Star Online, Samantha slammed Meghan for what she perceived to be poor treatment of their shared father.

The Duchess is believed to be estranged from her paternal family, and her dad Thomas Markle has claimed that he wasn’t invited to the christening of his grandson, Archie Harrison Mountbatten, last month.

Meghan’s mum, Doria Ragland – who got divorced from Thomas in the late 1980s – was in attendance.

Samantha spat: “For my sister to go into a church knowing what she has done to our father, ignoring him through every holiday, the wedding, two heart attacks, the birth and the christening, is disrespectful.

“Everything about the christening looked faked and photoshopped, but more at issue is the fact that she has traded an entire family to be royal, and shame on her.

“She has been a disgrace to the Markle name. Our grandfather would disown Meg if he were alive to witness Meg’s cold-hearted treatment of this family.”

Thomas Markle, 75, has previously spoken of his disappointment at not being able to witness Archie’s christening in person.

Prior to the ceremony at Windsor Castle, he told the Mail Online: “I have been asked if I would have liked to have gone to Britain to see my new grandson being christened.

“I was an altar boy at age 12, a confirmed member of the Queen’s church at age 14, and Archie is my new grandson, so of course I would have enjoyed being there for the blessing, wishing Archie and his parents health and happiness.”

The relationship between Thomas and his daughter reportedly soured after he posed for paparazzi shots just before Meghan’s wedding to Prince Harry last summer.

The Duchess was also reported to have been upset that her father participated in several paid interviews with the press.

Thomas underwent heart surgery shortly before the royal wedding, meaning he wouldn’t have been able to walk Meghan down the aisle anyway.

In October last year, Samantha Markle apologised for comments she’d previously made about her half-sister.

Appearing on The Jeremy Vine Show, she said: “There is so much water under the bridge, and so much has spun out of control that was never intended to.”