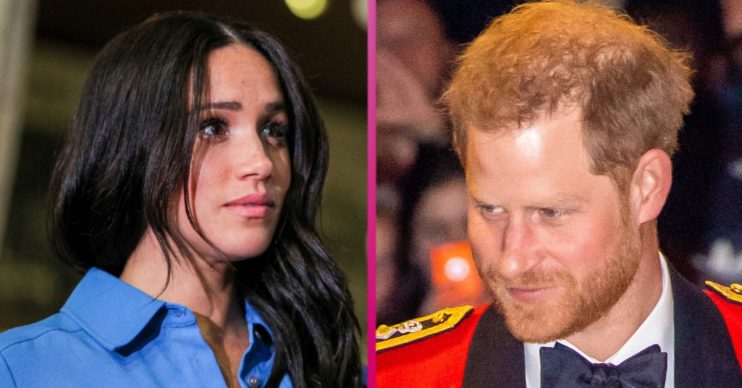 The Duke of Sussex, 35, was stripped of his military titles when he stepped down as a senior royal.

Meghan, 39, allegedly found this an unsettling move, as did Harry.

This is according to Finding Freedom, written by authors Omid Scobie and Carolyn Durand.

A passage in the bombshell book explains: “As a retired serviceman, Harry would always be able to wear his medals, but no longer could he wear uniform as Captain General of the Royal Marines, Honorary Air Force Commandant of the Royal Air Force Bas Honington, and honorary Commodore-in-Chief of the Royal Navy’s Small Ships and Diving Operations.

“These roles had come to an end.”

A source then told the authors that this was “painful” for Meghan and “tough” for Harry:

“That’s been a tough pill to swallow, and the one that has been most painful to Meghan witness him go through. It’s the one that made Harry emotional.”

On the weeks leading up to Harry’s exit, he insinuated that he didn’t want to step down completely from his military duties.

In a speech before an audience for the AIDS and HIV charity Sentebale, Harry said:

Read more: Peter Andre says he is ‘scarred for life’ by childhood bullies

“Our hope was to continue serving the Queen, the Commonwealth, and my military associations, but without public funding. Unfortunately, that wasn’t possible.

“I’ve accepted this, knowing that it doesn’t change who I am or how committed I am.

“But I hope that helps you understand what it had to come to, that I would step my family back from all I have ever known, to take a step forward into what I hope can be a more peaceful life.”

Buying a mansion for a whopping £11 million, they have also signed a massive deal with Netflix.

Here they say they hope to create ‘inspirational’ content of ‘hope’.

Said to be worth £112 million, Reed Hastings, Netflix cofounder says they will serve as producers.

He also predicts their shows and movies will be the most streamed Netflix content of 2021.