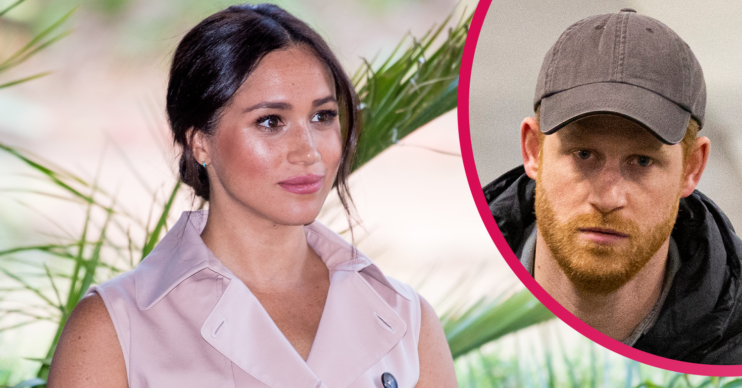 The Duchess of Sussex has 'distanced' herself from friend Jessica

Meghan Markle is reportedly feeling “unsupported” by husband Prince Harry in the wake of pal Jessica Mulroney’s recent backlash and their reported fallout.

The Duchess of Sussex, 38, is apparently yet to patch things up with her best friend after she became embroiled in a white privilege row with influencer Sasha Exeter.

And it appears their fallout has impacted Meghan and Harry, too.

According to an insider, the former royal couple are said to be at loggerheads as Harry, 35, is eager to defuse the drama with Jessica.

A source told new! magazine: “Harry has urged his wife to make amends with Jessica and at least talk to her in a bid to thaw the ice.

“He doesn’t want her to add to her already heavy burden caused by fallouts with other friends and family members.”

Meghan has reportedly “distanced herself” from Jessica since she was accused of attempting to “silence” blogger Sasha, who was advocating for the Black Lives Matter movement.

Following the drama, Jessica apologised and her wedding-themed reality TV show I Do Redo was axed.

Nevertheless, Meghan is said to be adamant about distancing herself even further.

The insider added: “Meghan doesn’t agree with Harry’s advice and they are split on how to handle the situation, which seems to be causing tension between them, too.”

Meghan has also fallen out with her dad Thomas Markle and her half-siblings in recent years.

While Meghan may not be fully supported by husband Harry, the Duchess can always rely on her mum Doria Ragland.

Doria, 63, has reportedly been living with the pair since they relocated to Los Angeles earlier this year.

And she is particularly enjoying lots of quality time with her grandson, Archie.

Read more: Prince William and Kate Middleton hit back amid complaints over donations made by their Royal Foundation