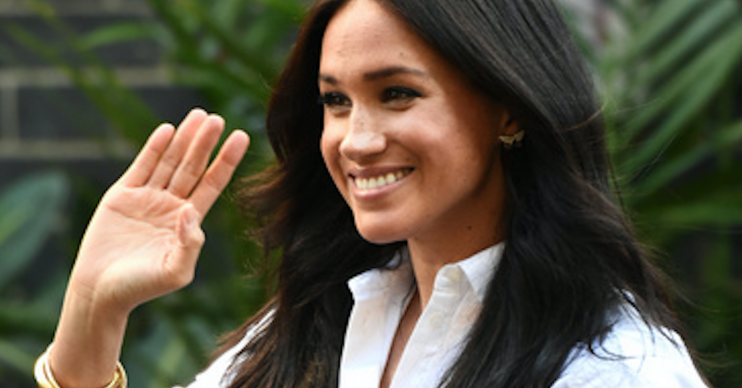 Reportedly set on making a comeback by October

The Duchess of Sussex has been holding meetings with agents ahead of a planned return to acting later this year, a newspaper website report has claimed.

According to The Sun, Meghan Markle has been in communication with a number of showbiz power brokers from her and Prince Harry’s new base in Vancouver Island in Canada.

The news outlet reckons mum-of-one Meghan is keen to resume her performing career this autumn, even though she adores spending time with baby Archie.

An unnamed insider is quoted as telling the tabloid that Meghan has targeted a comeback for September or October.

Nonetheless, it’s also suggested that the ex Suits actress is retaining an objective approach to getting back into the acting game as she settles into her new life with Harry away from royal duties.

The anonymous source is reported to have said: “Meghan remains hugely ambitious and is very open-minded to a return to acting which is what she knows, loves and does best.

She is very excited about what the future holds.

“Her preference is to explore the route of a documentary in which she is able to follow up some of the causes she is interested in.

“This wish has been the focus of some of her most recent meetings and will likely shape the kind of work the agent Meghan goes with seeks to get for her. She is very excited about what the future holds.”

Earlier this week The Duchess of Sussex, in her role as Patron of the Association of Commonwealth Universities (ACU), met with the bright minds from across the Commonwealth to hear about their commitment to tackling the global challenges we all face. The Duchess spoke with Scholars studying and researching important areas surrounding; cleaning up plastic pollution in our oceans, helping to build more sustainable cities, improving health outcomes for citizens, and supporting decent work and economic growth. Paving the way as the next generation of leaders, these inspirational scholars, are spread far across the Commonwealth from Malawi to Malaysia, Ghana to Sri Lanka – all of whom will use the skills and knowledge they gain while studying in the UK to make a difference when they return to their home countries. The Duchess, who also attended university with support of a scholarship, is a strong advocate of accessible education for all. As the Royal Patron of The Association of Commonwealth Universities (@The_ACU_Official) since January 2019, The Duchess has met and engaged with students, academics, and staff from ACU member universities across the Commonwealth to learn more about the vital work they do to address global challenges. As President and Vice President of The @Queens_Commonwealth_Trust, The Duke and Duchess thank all those who are working to give access to education for all.

Read more: Stars In Their Eyes ‘set to be revamped by ITV bosses’

The Sun also reports that the chances of Meghan and Harry having a home in Los Angeles are receding after being advised that the bill for keeping them safe would be “massive”.

Another source is said to have claimed that the young family would be more likely to be targeted by paparazzi there rather than in Vancouver Island.

Tonight in London, for their third consecutive year, The Duke and Duchess of Sussex attended the annual Endeavour Fund Awards, which celebrates the achievements of those veterans injured in service who have taken part in remarkable sporting and adventure challenges over the last year. By choosing to take on what seems impossible, these men and women not only set goals for themselves but have also inspired millions of people around the world. These annual awards bring together The Duke and The Duchess alongside wounded, injured and sick Service personnel and veterans as well as their families, friends and supporters of the military community. The Duke, who founded the @EndeavourFund, spoke on the night: • “The Endeavour Fund came from seeing the gaping hole that can be left after taking off that uniform. The power that sport and adventurous challenge plays in recovery, yes; but most of all – the chance to be part of a team again while attempting to achieve unthinkable challenges – as if being shot or blown up wasn’t enough, you guys continue to impress, inspire and challenge what it means to have a life changing injury.” • Since its launch in 2012, the Endeavour Fund has supported 108 projects that have directly assisted over 6,000 of those injured in service. Congratulations to all those who participated in endeavours over the last year and inspired others to push the boundaries of what’s possible! #EndeavorFundAwards

The 86-year-old former soap star did not seem to be convinced of Meghan‘s chances of landing a blockbuster film role when quizzed by paps following dinner in LA.

Video footage seemed to show the Dynasty actress asked for her thoughts on reports the Duchess wants to return to treading the boards when leaving a restaurant.

The Alexis Carrington star laughed in response before saying: “You’ve got to be joking!”