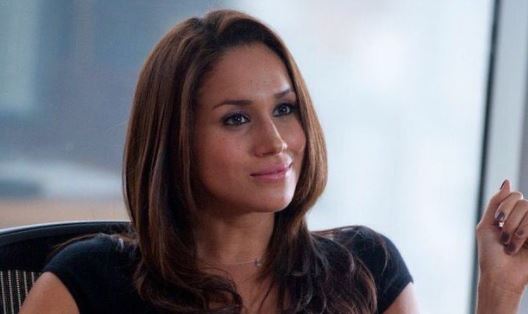 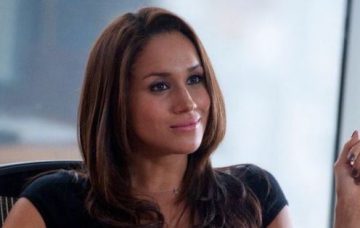 The 36-year-old’s last scenes on US legal drama Suits aired in the US on Wednesday night, marking the end of her blossoming acting career.

Meghan announced in November she would be bowing out of the USA Network series following her engagement to Prince Harry.

She has called time on her acting career in order to focus on her new royal duties.

And, in a lovely twist, her Suits character – Rachel Zane – said goodbye with her own wedding, finally marrying her on-screen fiancé Mike Ross (played by Patrick J. Adams).

Meghan looked, as you’d expect, stunning in her classic white wedding dress as her character walked down the aisle.

It was a more modest wedding than the one we expect to see when Meghan marries Harry at St George’s Chapel in Windsor Castle on May 19.

In an interview after the episode aired, Suits creator Aaron Korsh spoke about how emotional it was filming the scene, knowing it marked the moment when Meghan and Patrick would leave the show.

Are they going to be able to pull this off? #MikeAndRachel #Suits #WestCoast pic.twitter.com/M0jJx1R1h1

“I would say it was emotional. I remember having a really fun talk with Meghan as we were setting up to shoot the wedding and we were just wrapping up our time together,” he told industry website Deadline.

It was in November, during her first joint interview with Harry, that Meghan confirmed she would close her acting career.

“I don’t see it as giving anything up, I just see it as a change,” she told the BBC.

“It’s a new chapter. And also, keep in mind, I been working on my show for seven years. So we’re very, very fortunate to be able to have that sort of longevity on a series.

“For me, once we hit the 100 episode marker I thought you know what I have I have ticked this box and I feel really proud of the work I’ve done there.”

She had played paralegal-turned-lawyer Rachel on Suits since the show’s first episode in 2011.

It’s expected that some of the cast could score invites to her and Harry’s wedding next month, although if they have, they’ve all kept tight-lipped so far!

In other royal wedding news, it was confirmed on Thursday that Harry has asked his big brother, Prince William, 35, to act as his best man.