The Duchess of Sussex could rake in up to $100 MILLION in 2020, according to a Canadian businessman.

Media executive Simon Huck - said to be a public relations pal of the Kardashians - is reported to reckon Meghan Markle could clear up in the aftermath of Megxit, claiming his agency has be "flooded" with big offers for her.

However, while the 36-year-old admits he is not representing Meghan, Simon indicated she is more likely to work with production companies rather than cosmetics brands in the future.

Speaking to The Morning Toast, he also noted the offers were "huge" when asked whether they were in the seven figure range. 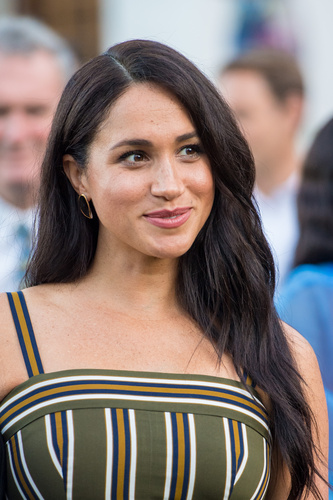 What will Meghan do next? (Credit: Splashnews.com)

"Obviously, our agency was flooded with inquiries for Meghan," he is reported to have said.

Referring to Meghan and Prince Harry’s stepping down from royal duties, Simon continued: "We received, I can't tell you how many offers the first week.

"She's not taking any offers right now - but it was unbelievable."

And speculating about how much former Suits actress Meghan could earn in 2020, Simon suggested a spectacular amount is on the cards… if she accepts everything she’s offered.

He added: "She'll do things with Netflix."

Last month, Ted Sarandos - the streaming service’s chief content officer - indicated Netflix would be keen on collaborating with the Sussexes, saying: "Who wouldn't be interested? Yes, sure."

Simon also predicted Meghan could be busy behind the scenes as well as in front of the cameras, guessing the Duchess may also be interested in a book deal, TV shows and producing her own programming.

She has previously been linked with making documentaries about mental health and climate change.

It is also reported Meghan may have already signed a deal with Disney for a voiceover project, with a fee said to be made to an elephant charity in return for her efforts.

However, her involvement in a rumoured reality show project about second weddings has been denied by royal insiders.

A source was reported to have told The Sun last week: "If this happens, it will raise a few eyebrows at Buckingham Palace.

"It is not quite what the Queen imagined when she granted Harry and Meghan the freedom to cut loose from the family and pursue their own careers."