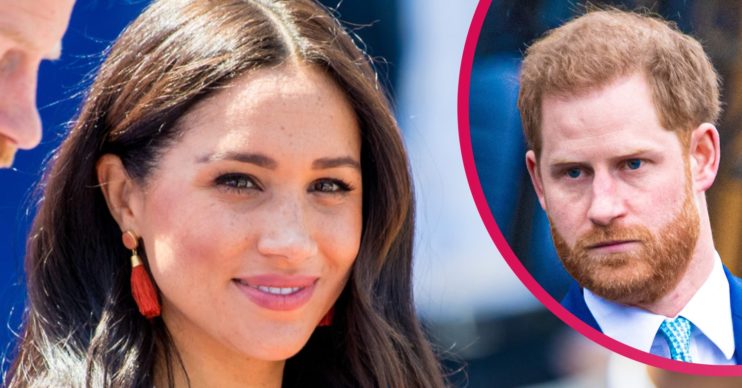 Meghan Markle was allegedly the subject of cruel ridicule while serving as a senior royal.

Despite Prince Harry’s adoration for her, Meghan was reportedly not a popular figure at court at all.

Her television acting career was supposedly a topic of mockery, as was the fact that she was a divorcee.

What was Meghan allegedly called?

Extracts allege that one senior royal reportedly referred to Meghan as “Harry’s showgirl”.

Read more: Princess Diana would be ‘devastated’ over William and Harry’s fall-out

And another reportedly said she “comes with a lot of baggage”.

Whereas royal staff and aides reportedly referred to her as “Duchess Difficult”.

Reports emerged earlier this year that Meghan exasperated royal staff with her enthusiastic plans and ideas.

She would allegedly begin texting and emailing staff at the crack of dawn.

The book also addresses this issue – as one of sexism.

An example of sexism?

An extract includes: “If a man got up before dawn to work, [people would applaud him] for his work ethic. If a woman did it, she was deemed difficult or ‘a [bleep]’.

“The double standard was exacerbated when it came to successful women of colour, often labelled demanding or aggressive.”

Read more: The Queen looks ‘so pretty’ as new official portrait is unveiled

The bombshell book also alleged that William ‘warned’ his younger brother about Meghan.

Apparently concerned over Harry’s pace, he questioned his sibling’s motivations.

An excerpt states that William “just wanted to make sure” that Harry’s new relationship hadn’t  “blindsided” him with “lust”.

Meanwhile, William and Kate Middleton appear to have already hit out against the books claims.

Initial stories surrounding the book’s release said that it delves into Meghan and Kate’s apparent non-friendship.

The book alleges that Kate deliberately ignored Meghan at the Commonwealth Day service at Westminster Service.

However, friends of Kate have hit back and said she made huge efforts to befriend her new sister-in-law.

A source close to Kate told The Mail on Sunday: “It’s just completely wrong to suggest they didn’t talk and plain wrong to say the Cambridges weren’t welcoming.

What do you make of these claims? Share your thoughts with us on our Facebook page @EntertainmentDailyFix.