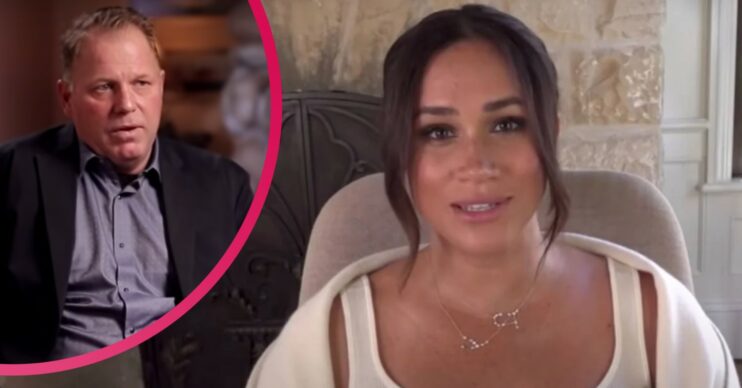 Claims he was 'thrown to the wolves'

Thomas Markle Jr, brother of Meghan Markle, wants to make up with the Duchess of Sussex and meet her kids.

The 55-year-old reportedly admitted in an Australian magazine he has ‘maybe overreacted’ with his comments in public about Meghan.

But Thomas Jr apparently claims that could be because – similarly, he believes, to his half-sister – he has been subjected to misinformation while in the media spotlight.

Thomas Jr told New Idea magazine he hopes Meghan watches him as he appears on Big Brother in Australia.

Adding she will ‘get to see the real him’, Thomas Jr also expressed his wish to meet her and Prince Harry‘s children.

He said: “I don’t want anything. I would just love to go over to their home and knock on their door, give her a big hug and a kiss and say I missed the hell out of her and apologise right to her face.”

Thomas Jr also insisted he would “anything” to meet nephew Archie and niece Lilibet.

An apparently penitent Thomas Jr went on to distance himself from previous blistering comments attributed to him.

He has previously slammed the Sussexes’ wedding ceremony as a “fake fairy tale”, according to reports.

I made some horrible mistakes and still regret them to this day.

And most recently, in the context of Meghan’s first marriage, Thomas Jr claimed she was “cold”.

However, it seems Thomas Jr ‘regrets’ such ‘mistakes’.

He is quoted as saying: “I was thrown to the wolves with the popularity and the media with no experience.

“I was being backed into a corner, into a wall. I made some horrible mistakes and still regret them to this day.”

He also claimed information he supposedly received from a royal PR representative may not have been legitimate, yet he still reacted to it.

Adding he was ‘under pressure’ and “harassed”, Thomas Jr claimed to love Meghan still.

According to Thomas Jr, the last time he saw Meghan was in 2011 at his grandmother’s funeral.