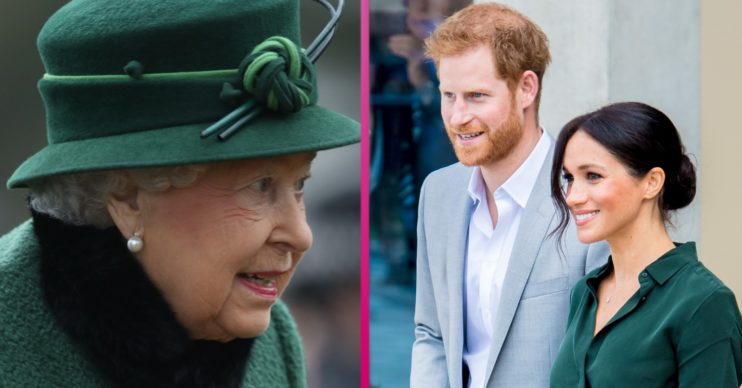 A royal expert claims they could easily fear that Harry and Meghan are ‘cashing in’ on their royal name.

The huge deal is reportedly worth an estimated £100 million.

It will allow the former senior royals to be producers on content that could range from dramas to documentaries.

Read more: The Queen shares touching tribute to Prince Harry on his birthday

Speaking on Entertainment Tonight, Katie explained: “There are some members of the institution who are concerned that the couple are going to cash in on their royal connections.

“They might be under pressure from Netflix to stray into upper territory.

“But sources close to the couple tell me that they are very adamant that anything and everything that they do is very much going to be in a respectful tone to the Queen, the monarchy, and very much on their missions.”

However, she also predicted that they won’t do a drama series based on the royals.

In addition, she said: “It’s not going to be in style of The Crown or a royal documentary series.

“I’m sure that really isn’t on the table.

“So if there are concerns in the palace, Harry and Meghan are making it really clear there is no need for concern.”

Meanwhile, Harry and Meghan said in a formal statement that they wish to create ‘inspiratiotional’ Netflix content.

What did Meghan Markle and Prince Harry say?

“As new parents, making inspirational family programming is also important to us. As is powerful storytelling through a truthful and relatable lens.

“We are pleased to work with Ted and the team at Netflix. Whose unprecedented reach will help us share impactful content that unlocks action.”

According to the rumour mill they are collaborating on a cartoon series about female empowerment.