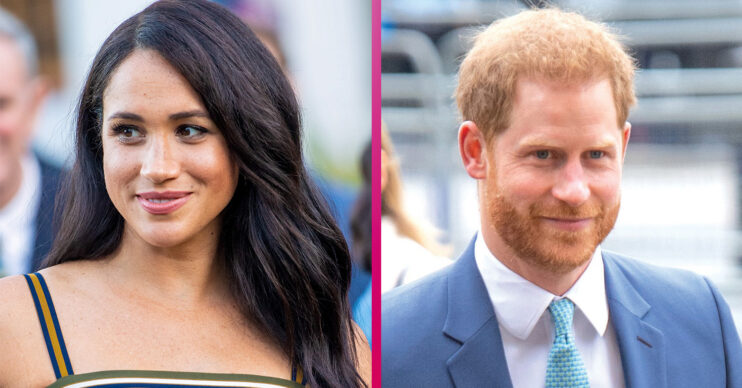 The couple urged Americans to vote this year

Meghan Markle and Prince Harry have been warned to stop “interfering” with the US election.

The royal couple recently faced criticism for urging Americans to vote this year.

Now, Missouri congressman Jason Smith has said the Duke and Duchess of Sussex “should be stripped of their royal titles”.

Mr Smith reportedly sent a letter to the British Ambassador of the United States, Karen Pierce, on Friday afternoon (October 9).

In the letter, obtained by the Daily Mail, he wrote: “As you know, the British Royal Family has long observed a policy of strict neutrality in regard to political matters.

“…especially given international conversations surrounding foreign interference in our elections..

“…and the Duke’s status as a guest of the United States.”

Meanwhile, in a speech last month, Harry and Meghan discussed the upcoming election.

This election I am not able to vote in the US.

Prince Harry said: “This election I am not able to vote in the US.

“But many of you may not know that I haven’t been able to vote in the UK my entire life.

“As we approach this November, it’s vital that we reject hate speech, misinformation and online negativity.”

What did the Duchess of Sussex say?

“Every four years we are told the same thing, that this is the most important election of our lifetime. But this one is.

“When we vote, our values are put into action and our voices are heard.”

However, they received criticism over their decision.

Good Morning Britain host Piers Morgan said on Twitter: “Prince Harry poking his woke nose into the US election & effectively telling Americans to vote against President Trump is completely unacceptable behaviour for a member of the Royal Family.”

He later called for them to lose their royal titles, which has been echoed by many critics.