Piers Morgan has also weighed in on the honour

Prince Harry and Meghan Markle are among those on TIME magazine’s 100 Most Influential People list this year.

The iconic annual list features celebrities, activists and politicians from around the world.

Their cover of the issue shows Harry, 37, wearing all black and his wife, the Duchess of Sussex, 40, dressed in a white suit.

“They turn compassion into boots on the ground through their Archewell Foundation,” reads an accompanying article.

“They give voice to the voiceless through media production.

“And they take risks to help communities in need, offering mental-health support to black women and girls in the US and feeding those affected by natural disasters in India and the Caribbean.

“In a world where everyone has an opinion about people they don’t know, the Duke and Duchess have compassion. They run toward the struggle.”

Some questioned why the former royals deserved a spot.

One tweeted: “Harry and Meghan? For what? Being rich and marrying rich and throwing a temper tantrum about being rich?”

“So much paid advertising to stay relevant. Wow! Just imagine the size of those egos,” ranted a second fan.

A third added: “Harry the depressed victim and Meghan the manipulator. They fled the UK to be private only to invade their own privacy at every opportunity.”

Furthermore, Piers Morgan –  who has criticised the couple on various occasions – also chimed in.

He re-tweeted a picture of the couple’s magazine cover, adding a series of laughing emojis.

I really feel like the world wants me to care more about #HarryAndMeghan than I actually do.

However, not everyone was quite so angry about the honour.

“This couple is amazing!” said one happy fan.

Harry and Meghan are GLOWING on that Time cover. Look at what happens when you’re freed from toxicity

“They look like they’re glowing since leaving that family behind!” replied another.

Furthermore, a third added: “The jolt of positive energy I needed today!”

Harry has had a strained relationship with his family over the last few years. However, that hasn’t stopped them from marking the special occasion.

Both Prince William and Kate Middleton both shared messages with Harry on Twitter.

His grandmother, the Queen, also shared a message via the social platform.

Meanwhile, are you a fan of the Duke and Duchess of Sussex? You can share your thoughts on our Facebook page @EntertainmentDailyFix. 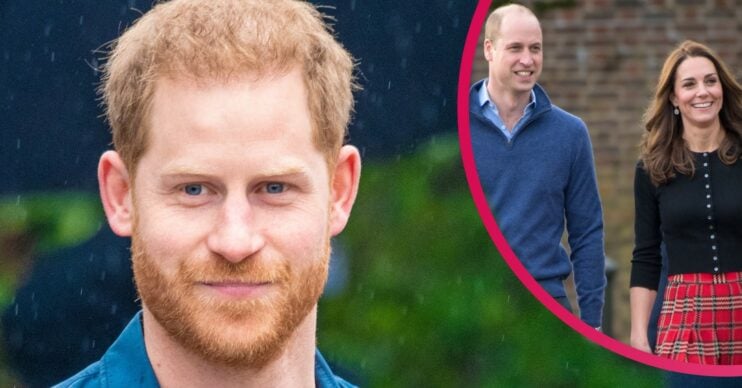