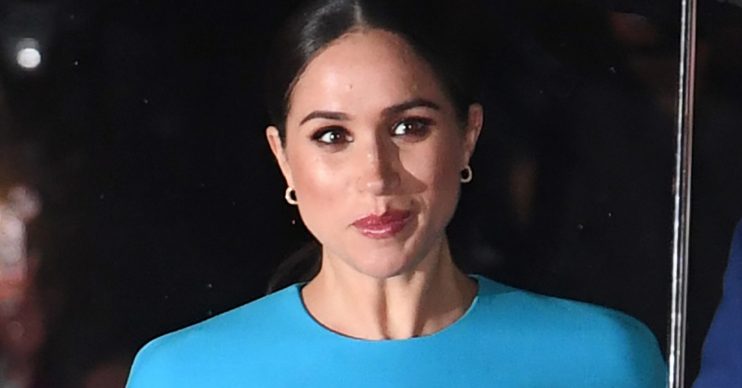 Did the Duchess of Sussex 'overshadow' Camilla?

The Duchess of Sussex Meghan Markle has been accused of “upsetting” Camilla, the Duchess of Cornwall, after releasing a set of photographs taken during a theatre visit.

Meghan, 38, enjoyed a private visit to the National Theatre in London earlier this week, having jetted in from Canada with Prince Harry, 35, for a series of engagements.

But according to tabloid sources, she decided to release a set of photographs of her visit on the same day that 72-year-old Camilla was due to make an important speech about domestic violence.

Read more: Prince Harry and Prince Charles are said to be ‘rock solid’ despite Megxit fallout

Reports claim Camilla, who is married to Prince Charles, had been planning her speech – which was for the 10th anniversary of the Women of the World Festival –  “for a year”.

Camilla, who has been president of WOW since 2015, is said to be “very upset” that the Duchess of Sussex chose to ‘overshadow’ her by releasing the theatre pictures on the same day.

A source the The Mirror: “Camilla’s work is very important to her and her decision to highlight the scourge of domestic violence at the 10th ­anniversary of Women of the World was a carefully thought-out plan.”

Yesterday, The Duchess of Sussex, Royal patron of the National Theatre, visited the Immersive Storytelling Studio in London, where emerging technology like Virtual Reality is being used to develop new forms of emotive storytelling. Recently, The Duke and Duchess of Sussex also visited Stanford University where part of their learning journey included a virtual reality presentation that allows the user to experience life through another person’s point of view. The goal of this method of virtual reality is to enable us to better connect and empathise with each other as people, regardless of race, age or nationality. The Duchess is pictured here with Nubiya Brandon and her hologram, featured in the National’s exhibition ‘All Kinds of Limbo’, which is currently being presented at the Tate Modern. Photo © The Duke and Duchess of Sussex / Chris Allerton

The insider added: “Of course it was known Harry and Meghan would be doing engagements this week, some privately, but everyone was in agreement that Camilla’s speech should take p­recedence. ­Unfortunately some people had other ideas.”

Prince Harry and Meghan flew into London last week to carry out their final engagements before stepping away from royal duties.

It was their first joint appearance since announcing their decision to divide their time between the UK and North America in January. The couple left son Archie, ten months, in Canada.

The couple received cheers and applause as they walked by the crowd that had gathered outside the event, but reportedly also one loud boo.

Harry and Meghan were at the awards to honour the achievements of wounded, injured and sick servicemen and women who have taken part in sporting challenges over past year.

While there, Meghan gave an update on son Archie to attendee Claire Spencer, whose husband Lee ‘Frank’ Spencer was to receive an award.

Recalling her chat with the Duchess, Claire later told ITV News: “She said ‘oh yes, well he is ten months now and is into everything.'”