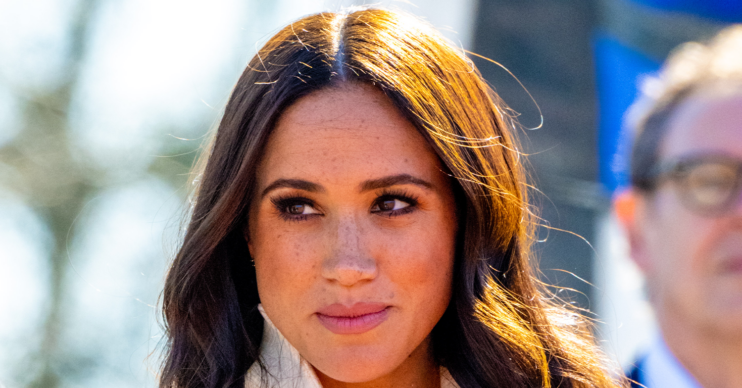 ‘Skeletons’ in Meghan Markle’s closet to be ‘revealed’ as new book she’s ‘dreading’ is released next week?

A new Meghan Markle biography is due for release next week and it’s been reported that the news will have filled the Duchess of Sussex full of “dread”.

The book, by biographer Tom Bower, is out on July 21, and the author has previously claimed it will “tell the truth” about relations between Prince Harry, Meghan and the royal family.

Entitled Revenge: Meghan, Harry and the War Between the Windsors, there are claims Meghan will be “dreading” the release.

Bower has previously claimed that he unearthed “skeletons” in the duchess’ closet.

Bower is an author who “doesn’t pull his punches”, it’s claimed.

Publicity material for the book previously revealed that it will lean on “interviews from insiders who have never spoken before”.

It’s said he will “unpick the tangled web surrounding the Sussexes and their relationship with the royal family”.

No stone will be left unturned.

The statement added: “From courtroom dramas to courtier politics, using extensive research, expert sourcing and interviews from insiders who have never spoken before, this book uncovers an astonishing story of love, betrayal, secrets and revenge.”

As a result, it’s previously been described by one source as a book Meghan “will be dreading”.

Last October, an anonymous source told The Sun Bower is “terrifyingly thorough” in his research.

They added that this means “no stone will be left unturned”.

“This is the book Meghan will be dreading.

“Tom doesn’t pull his punches and is terrifyingly thorough in his research. No stone will be left unturned,” they then added.

Speaking ahead of the launch of the book, Bower previously slammed Meghan and claimed she was someone who had “trampled on all those on the way”.

At the same time he alleged that he had come across a number of “skeletons in the closet”.

ED! has contacted a rep for Meghan for a comment on this story.

So will you be reading the book? Tell us on our Facebook page @EntertainmentDailyFix.