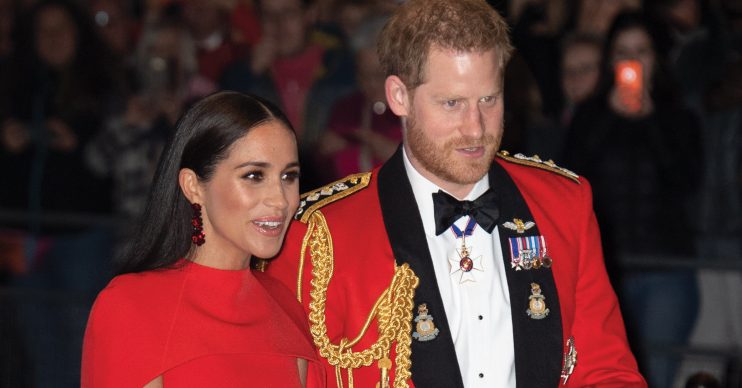 Prince Harry and Meghan are paying for their own security now they are living in LA, after President Trump said American taxpayers wouldn’t.

The couple and their 10-month-old son Archie moved to California from Canada before borders were closed due to the coronavirus pandemic.

On hearing the news, President Trump tweeted to say that the United States wouldn’t pay their hefty security costs.

A spokesperson for Meghan and Harry, who announced they were quitting as working members of the Royal family earlier this year, responded.

The statement said: “The Duke and Duchess have no plans to ask the US government for security resources.

“Privately funded security arrangements have been made.”

When they were living in the UK, Harry and Meghan’s security team reportedly racked up a bill of £8 million a year.

British taxpayers covered it through the Metropolitan Police budget.

When they relocated to Vancouver, the Royal Canadian Mounted Police provided support.

However, Trump posted: “I am a great friend and admirer of the Queen & the United Kingdom. It was reported that Harry and Meghan, who left the United Kingdom, would reside permanently in Canada. Now they have left Canada for the U.S. However, the U.S. will not pay for their security protection. They must pay!”

I am a great friend and admirer of the Queen & the United Kingdom. It was reported that Harry and Meghan, who left the Kingdom, would reside permanently in Canada. Now they have left Canada for the U.S. however, the U.S. will not pay for their security protection. They must pay!

Harry and Meghan have set up a permanent home in LA, are reportedly living in a secluded compound and haven’t yet ventured out due to the coronavirus pandemic.

The family will now be closer to the 38-year-old Duchess’ mother, Doria Ragland, who lives in the city, as well as a number of friends.

The couple had reportedly been spending time house-hunting in LA as well as making plans to build a £3million countryside bolthole near their favourite UK private members club, Soho Farmhouse.

The couple have been regulars there with Meghan hosting her three-day hen do at the luxe retreat and the Beckhams also have a farmhouse style property nearby.

Harry and Meghan have settled into LA life, it seems, with Meghan landing her first job voicing a Disney film about elephants and also rumoured to be doing a voiceover role on the Simpsons.