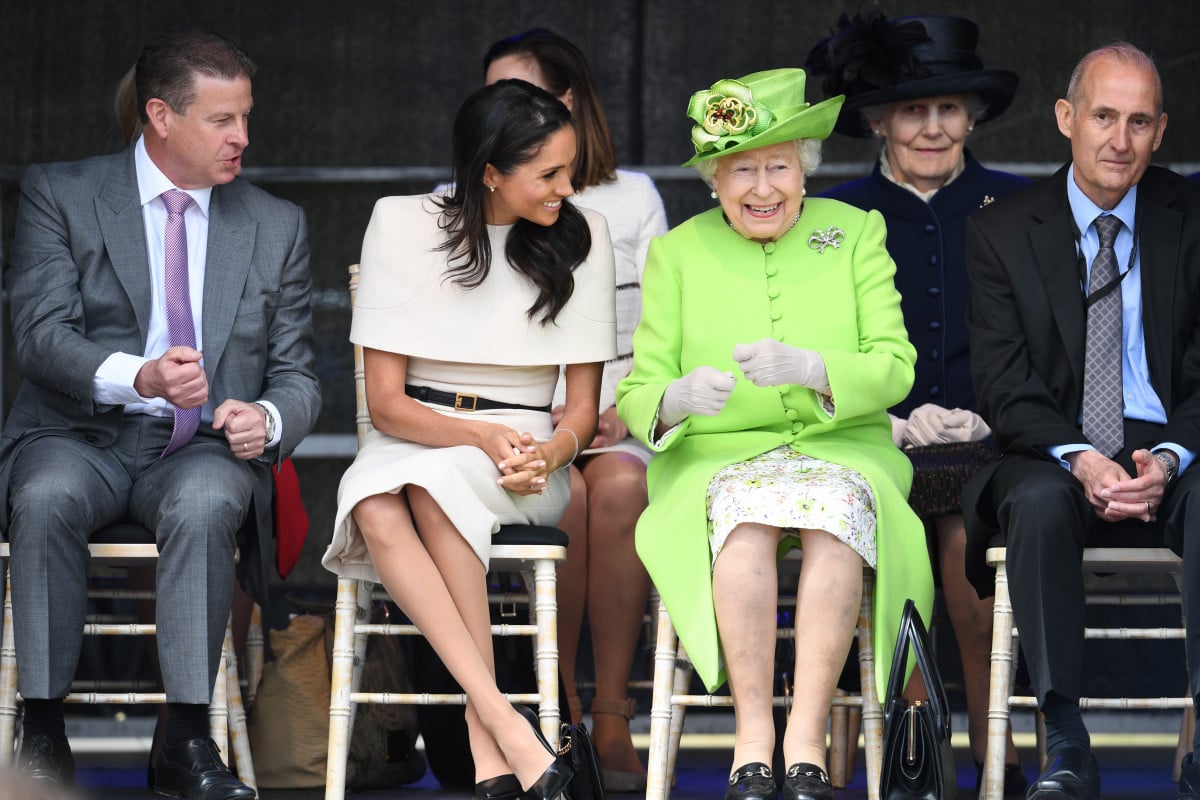 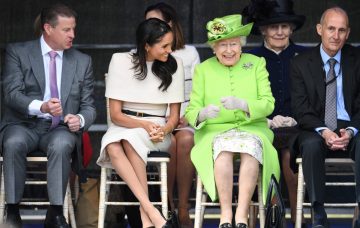 Meghan, Duchess of Sussex shares a laugh with The Queen in sweet pics

Meghan, 36, was seated next to the 92-year-old monarch at a ceremony to mark the bridge’s opening, followed by a performance from local schoolchildren.

Meghan and The Queen were pictured deep in conversation, with The Queen pointing things out to the royal family’s newest member.

The royals were seated on a stage to watch schoolchildren perform a display called ‘Bringing Communities Together: Halton’s River Crossings Over The Ages’.

After meeting architects, planners and community representatives at Mersey Gateway Bridge, the royals travelled to Chester for the second round of the day’s engagements.

Meghan and The Queen’s day will finish with lunch at Chester Town Hall, hosted by Chester City Council.