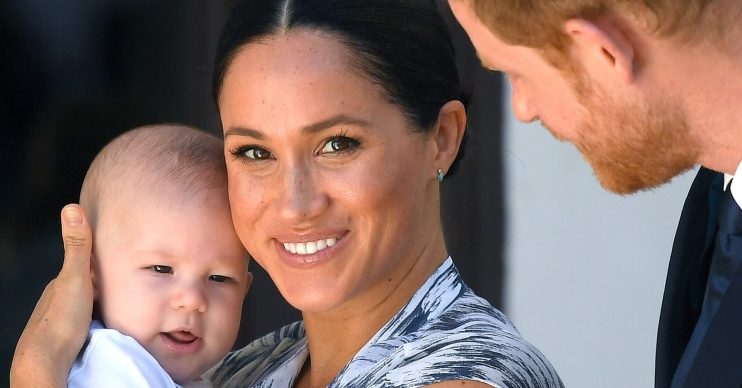 Meghan ‘desperate to get home to Archie after coronavirus panic’

Archie is believed to be in Canada

The Duchess of Sussex is reportedly “glad” to be going back to Canada to see her son Archie amid the coronavirus outbreak.

Meghan recently returned to the UK to attend her final official engagements with husband Prince Harry before they step back from royal life on March 31.

It’s believed their 10-month-old son Archie stayed in Canada while his parents completed their duties.

But with their engagements all completed, Meghan has apparently flew back to Canada after an emotional farewell to her and Harry’s royal staff.

But with the coronavirus sweeping the globe, a source has claimed Meghan is finding the whole situation “alarming”.

Meghan said the whole thing is alarming and that she’ll be glad to get home and be with Archie.

A source told the Daily Mail: “Meghan said the whole thing is alarming and that she’ll be glad to get home and be with Archie.”

The insider claimed Meghan told friends she’s “relieved” that she didn’t bring Archie to the UK and has been FaceTiming the tot throughout the trip.

The source added: “She said it’s not like she was intentionally keeping [Archie] away, but it made no sense to bring him and put him in harm’s way.”

It’s also been claimed that Meghan admitted she “hasn’t had the time to fully educate herself” on the disease – which has killed 10 people in the UK and 4,751 globally.

Over the last 24 hours, the total number of confirmed cases of coronavirus in Britain rose by 134 to 590.

It was confirmed on Thursday that Ireland has gone into lockdown after just one death from the killer virus.

Prime Minister Boris Johnson is reportedly holding an emergency meeting on Thursday afternoon to discuss the next step in the Government’s fight against coronavirus.

Meanwhile, Meghan and Harry will soon step back from their roles as senior royals after announcing in January that they want to work to become “financially independent”.

On Monday, March 10, the couple attended the Commonwealth Day Service alongside the Duke and Duchess of Cambridge, the Prince of Wales and his wife Camilla, Duchess of Cornwall, and the Queen.

It’s been said that Meghan and Harry hosted a farewell bash for their staff at The Goring Hotel in London’s Belgravia on Thursday last week (March 5).