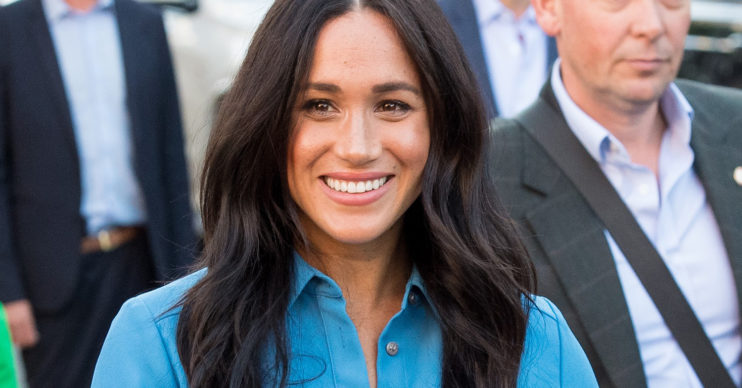 She and Prince Harry have stepped back from royal life

Duchess Meghan Markle hasn’t “ruled out” a career in politics.

The Suits star, alongside her husband Prince Harry, stepped down as senior royals earlier this year.

Meghan reportedly believes she has a “mission” to end systemic racism in the United States and wants to make her voice heard.

A source told the DailyMail.com: “Meghan said her work as a leader is more important than ever right now.

“She’s been speaking with Oprah and other community leaders on how she can be part of the solution.

She said she wants to use her voice for change and hasn’t ruled out a career in politics.

“Meghan feels like her mission goes far beyond acting. She said she wants to use her voice for change and hasn’t ruled out a career in politics.”

Meghan allegedly told friends her “gnawing urgency to uproot from England” was fate so she could be at the “forefront” of the Black Lives Matter movement in the US.

Meanwhile, the Duchess of Sussex previously admitted she felt it would be “wrong” not to speak out in the wake of George Floyd’s death.

She said in a video message to the graduating class of her old Los Angeles school, Immaculate Heart High: “What is happening in our country and in our state and in our hometown of LA has been absolutely devastating.

“I wasn’t sure what I could say to you.

“I wanted to say the right thing and I was really nervous that it would get picked apart.

Meghan apologised to the students for having to grow up in a world where racism is still prevalent and reflected on some advice she was given as a teenager.

She added: “I was thinking about this moment when I was a sophomore, I was 15 … it’s the year we do volunteer work.

“And I remember one teachers, Ms Pollia, said to me, ‘Always remember to put other’s needs above your own fears.'”

In addition, she said: “That has stuck with me throughout my entire life and I have thought about it more in the last week than ever before.

“So the first thing I want to say to you is that I’m sorry. I’m so sorry that you have to grow up in a world where this is still present.”