Happy Birthday, wishing you a very special day and lots of love.

Some thousands of well-ishers posted their messages of congratulations.

Top of the pile was the he Duke and Duchess of Sussex, who wrote on the post: "Happy Birthday, wishing you a very special day and lots of love."

The Duke and Duchess of Cambridge have shared three new portraits of their eldest son to celebrate his big day.

Kate, a keen amateur photographer, took the pictures in the family garden at Kensington Palace recently.

In one image, George, wearing a white England football shirt, reveals a missing tooth as he grins for the camera.

These two photographs were taken recently in the gardens at Kensington Palace by The Duchess of Cambridge.

Thank you everyone for your lovely messages on Prince George’s Birthday! 🎂 pic.twitter.com/2LBr0wdzy1

Another pictures sees George, with tousled hair, posing in a green Polo shirt and striped trousers.

The Duke and Duchess of Cambridge are very pleased to share new photographs of Prince George to mark His Royal Highness's sixth birthday 🎈 pic.twitter.com/BIxoxdw3ap

Read More: Kate and William are all smiles as they arrive at Wimbledon

The young royal will have a low-key celebration with his parents and siblings, Charlotte, four, and Louis, one, today.

Kensignton Palace shared a picture of a beaming George in a strpied shift for his fourth birthday.

The Duke and Duchess are delighted to share a new official portrait of Prince George to mark HRH's 4th birthday tomorrow 🎈 pic.twitter.com/Fct5iaoEer

It's been reported that his family are on holiday on the private Caribbean island of Mustique for the festivities, where they also celebrated last year.

Prince George Alexander Louis of Cambridge was born in the Lindo Wing, at St Mary’s Hospital in Paddington, London, on July 22, 2013, at 4.24pm, weighing 8lb 6oz. 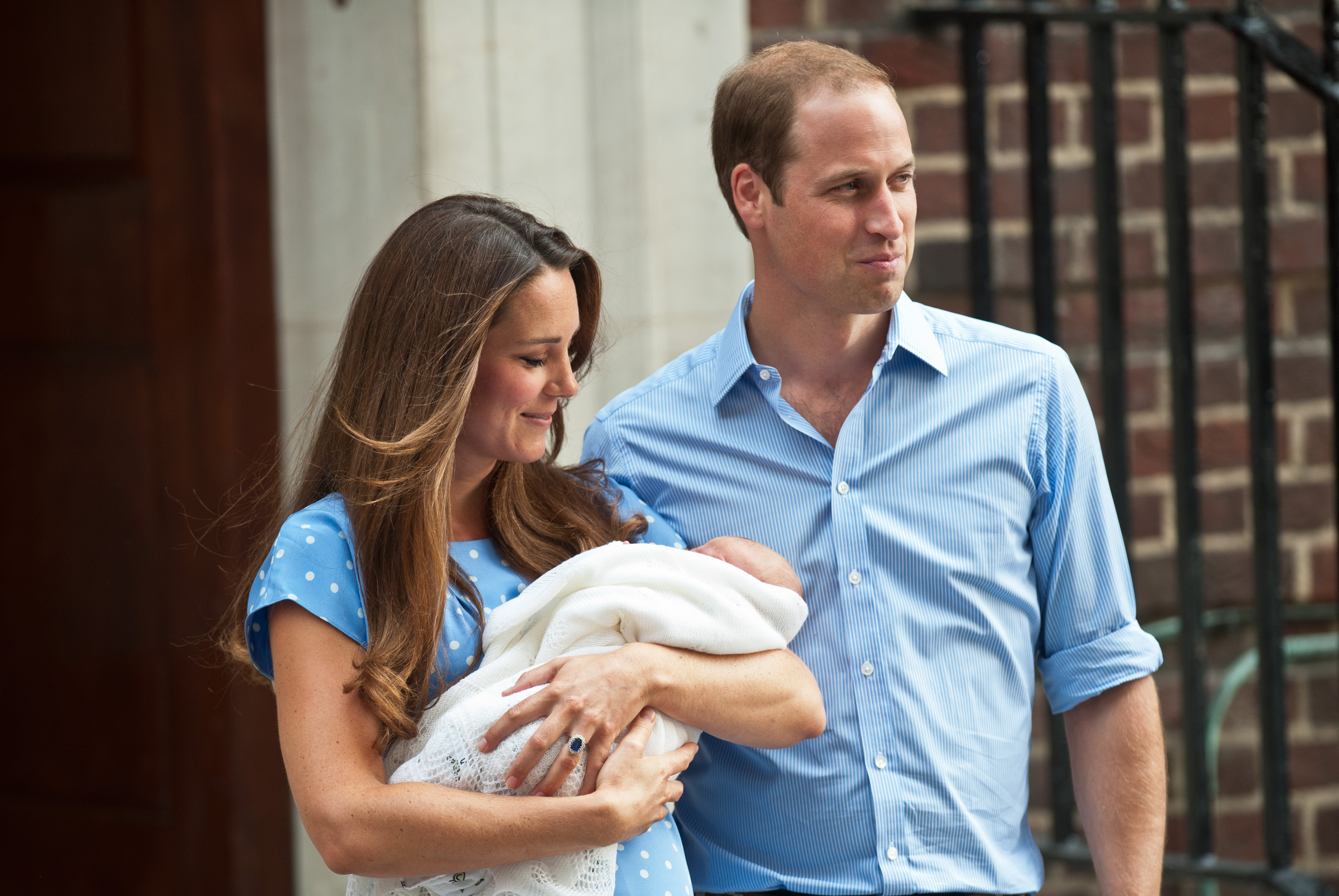 Read More: Princess Diana's former bodyguard claims that she would be "putting two fingers up at the monarchy" over Meghan

The following day he was introduced to the world on the steps of the hospital.