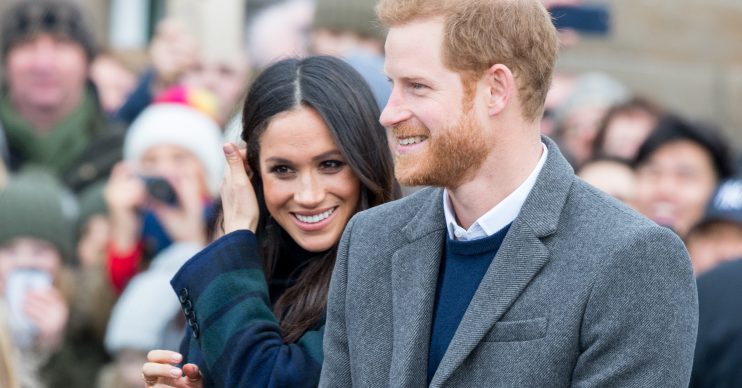 Meghan and Harry to announce pregnancy this year?

Royal watchers believe another baby is on the cards this year

Royal watchers believe Prince Harry and wife Meghan Markle will announce they are expecting their second baby this year.

The couple, who had their first son Archie in May 2019, will cease to be working members of the Royal Family at the end of this month to focus on their own projects – one of which could be expanding their family.

Speaking to Yahoo’s Royal Box, Royal Expert Omid Scobie revealed what he thinks the couple will focus on in 2020: “I don’t think we’ll see many new patronages or anything like that.

“I think it will really focus on what they have on the table now – possibly another baby, who knows.”

He added: “I think the big thing next year is the launch of the Sussex Royal Foundation, that is their focus now. Although they’re technically not working at the moment I don’t believe for a second that they’re not spending time planning this because a launch will be around the end of the first quarter, beginning of second quarter, of next year.”

Bookmaker Coral’s Harry Aitkenhead told The Daily Express: “We think that a second baby for Harry and Meghan is well and truly on the cards soon and make them just evens to announcing this year that they are expecting.

“This makes them more likely than William and Kate to announce a 2020 pregnancy, who are 2-1 in our book to do so in the next twelve months.”

Harry and Meghan are about to embark on their final engagements this week, attending the Endeavour Fund Awards on March 5, and the Mountbatten Festival of Music at the Royal Albert Hall on March 7.

Harry and Meghan will join senior members of the Royal family at the annual Commonwealth service on March 9.

The couple cease carrying out Royal duties on March 31.