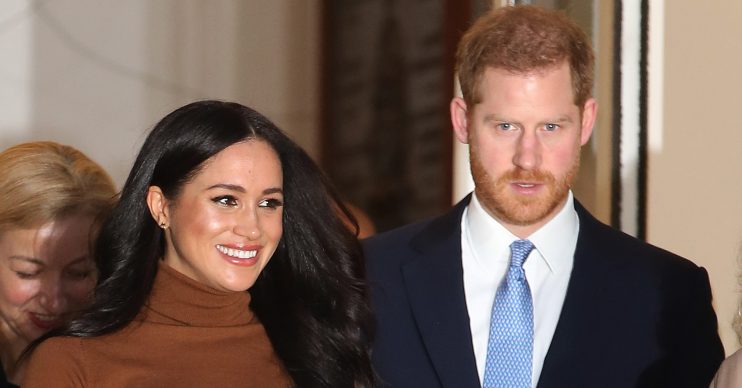 They will be dividing their time between the UK and America

It’s been reported that Prince Harry and Meghan Markle are looking for a Los Angeles home for the summer.

Meghan apparently wants the home to have meeting rooms and an entertainment area so she can host friends.

The couple have been spending time in Canada after announcing their decision to step back from royal life and now it seems they may be moving to California.

A source told E! Online: “They have started to look at homes online and are in the process of interviewing security teams.

“They are getting their ducks in a row and seeing if it’s logistically possible.

They are getting their ducks in a row and seeing if it’s logistically possible.

“Meghan would like to be able to do meetings at the house and also be able to host friends and entertain. Those are two things that are important to her.”

Last month, the couple announced they will be stepping away from their roles as senior royals and will work to become “financially independent” while still “fully supporting” the Queen.

The Queen later released a statement saying she and the family were “entirely supportive of Harry and Meghan’s desire to create a new life as a young family”.

The statement added: “Although we would have preferred them to remain full-time working Members of the Royal Family, we respect and understand their wish to live a more independent life as a family while remaining a valued part of my family.

“Harry and Meghan have made clear that they do not want to be reliant on public funds in their new lives.

“It has therefore been agreed that there will be a period of transition in which the Sussexes will spend time in Canada and the UK.

It was later revealed that the couple would no longer use their HRH titles, the Duke  and Duchess of Sussex.