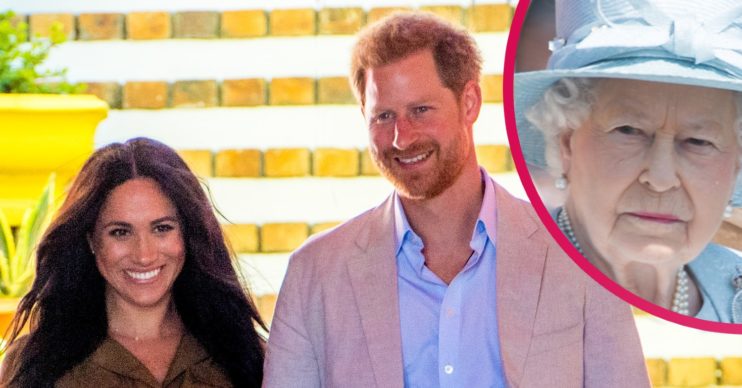 Meghan and Harry Netflix deal: Bookies place 2/1 odds that the Palace will pull it

Meghan Markle and Prince Harry’s Netflix deal could be pulled by the Palace, with bookmakers giving odds at 2/1.

The former senior royals have signed a deal with Netflix to make ‘inspirational’ television series and films.

However, the Palace will likely need to examine their deal if they are to retain their titles of Duke and Duchess.

Upon stepping down as senior royals they made a deal with the Queen and the royal family.

A source told The Mirror that this shall include their Netflix deal: “Harry and Meghan did leave as working members of the family with everyone’s best wishes and it is sincerely hoped they find the happiness that appeared to be lacking in their lives.

“However, it goes without saying any deals they are making will be scrutinised by the royal household.

Meghan and Harry’s worth a whopping £75 million

“Under the terms of their deal to forgo their royal duties, they agreed any commercial deals would be subject to discussion.”

The Sun has also reported that there was no consultation with the Queen at any time on the deal.

A source told The Sun that “Harry did not inform the Queen about the Netflix deal”.

They also alleged that the Queen would likely advice the couple to be very cautious.

The source continued: “Her Majesty is all too aware of the pitfalls of when senior royals embark on lucrative projects – Prince Edwards’ production flop and some of the deals Sarah Ferguson has signed over the years to name a few.

“Her view is simple, the Royals are not for sale and danger surrounds high profile roles outside of the institution itself.

Paddy Power has reacted to these sources by placing various odds. One of which places a 2/1 odds that the Palace will pull the Netflix deal.

A spokesperson for the betting firm said: “Maybe Harry and Meghan’s Netflix deal will take them to Hollywood.

“Maybe it’ll see them work with David Attenborough. Or just maybe, it’ll be pulled by the Palace before it gets off the ground.”