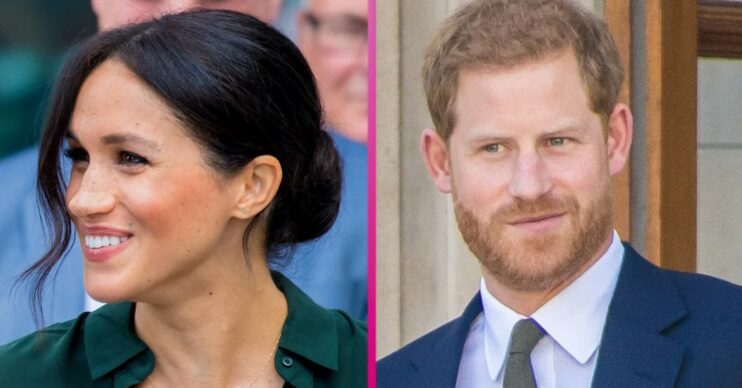 Rated ahead of Cambridges, the Queen and the late Prince Philip

In Meghan and Harry latest news, the Sussexes have been crowned the ‘most photogenic royal couple’.

Apparently, the Duke and Duchess blow away any other regal pairing due to sharing 2.4 million Instagram hashtags between them.

The research indicates that is nearly seven times more hashtags than the average for all royal couples.

Meghan and Harry latest: What does the research find?

Twenty-four of the most popular royal couples in the world were taken into consideration for the research.

However, it seems the British royal family dominate the rankings.

Kate Middleton and Prince William are the second most photogenic royal couple, with 2.2 million hashtags.

Read more: Meghan Markle ‘named most influential royal’ as she beats the Queen in new survey

And the Queen and the late Prince Philip come in at third most Instagrammable and 1.4 million hashtags.

Prince Albert of Monaco and Princess Charlene, and Queen Rania of Jordan and Abdullah bin Al-Hussein were also factored in.

A spokesperson claimed: “Prince Harry and Meghan Markle are a royal inspiration when it comes to romance.

“They constantly prove life in the spotlight is no match for their priorities of love and happiness. Also, for their commitment to a flourishing family life.

Meghan Markle is one of the most influential women in the world today.

“Meghan Markle is one of the most influential women in the world today. She and Prince Harry have a powerful and enduring online presence.

“They have the potential to spark real change through their charity work and desire to make the world a better place.”

How have royal fans reacted

Over on Twitter, the results were met with a mixed reaction.

“It would be a shame to say the opposite since it is obvious. the best among the royal family,” one Twitter user agreed.

However, another person fumed: “What kind of [blank] is this? The lies keep stacking up higher and higher!”

Read more: The most revealing moments from Meghan’s Ellen interview to save you watching it

In addition, a third echoed that: “On what planet?”

Someone else tweeted their objection: “Says people who are too young to remember Princess Grace and Prince Rainier of Monaco.”

And yet another person joked: “Piers Morgan is about to go nuts.”