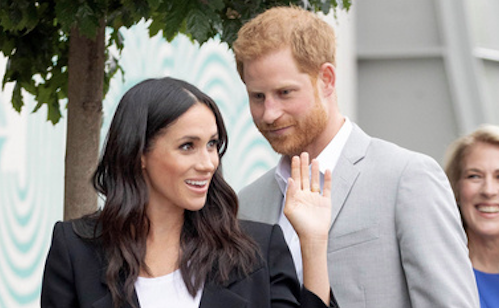 Meghan and Harry branded ‘hypocrites’ as they launch environmental campaign

The Duke and Duchess of Sussex’s Instagram call to ‘save the planet’ has come under fire from social media commenters who claim Harry and Meghan should practice what they preach.

The social media plea posted today asking royal fans to consider their carbon footprint has been received as a “great initiative”.

But online critics have also wondered whether the royals themselves would be prepared to cut down on their luxury travel to boost the Insta caption’s sentiment.

As a continuation of the couple’s monthly social awareness approach, Harry was quoted as saying: “Environmental damage has been treated as a necessary by-product of economic growth.

“So deeply ingrained is this thinking that it has been considered part of the natural order that humankind’s development comes at the expense of our planet.

“Only now are we starting to notice and understand the damage that we’ve been causing. With nearly 7.7 billion people inhabiting this Earth, every choice, every footprint, every action makes a difference.”

Urging people to “make great change and help save our planet,” he concludes: “We can only do this together, and every little bit helps.”

However, a report quoted in a Mail Online article claims the CO2 emission total for the royal family’s business travel was 3,344 tonnes – compared to 1,687 tonnes in 2018 – causing travel emissions to rise by 98%.

It is claimed Harry and Meghan have visited Morocco, Dublin and Australia (including Sydney, Melbourne, Fraser Island, Fiji, Tonga and also New Zealand) on official business in the past year.

It is believed most royal journeys were taken by Prince Charles and Camilla, who visited the Caribbean, Africa and Europe on behalf of the Queen.

“Wait guys. You can’t fly private jets in your personal life and then post this kind of thing. Either live it or don’t. Truly. Walk the talk. Otherwise it’s hypocrisy,” said one poster.

“Fly commercial planes if you have to rather than private jets if you truly believe what you’re posting,” said another.

A third person contributed: “Great initiative, but what about all the flying and driving done by the entire royal family? What about the outrageous size of the housing, the cost of the clothing etc. Perhaps it’s time to set an example. Be the change the our planet needs.”

Another person added: “So what part of saving the planet is flying in private jets and spending a fortune on clothing you only wear once. The hypocrisy reeks.”

But Harry’s words did also meet approval from other commenters.

Said one: “Thank you for all that you’re doing. This planet is our one home. We must take care of it. 🌎”

Another wrote: “Well done! We all must do our part.”

A third person added: “LOVE your commitment to social/community wellness! Class act all of the way!”