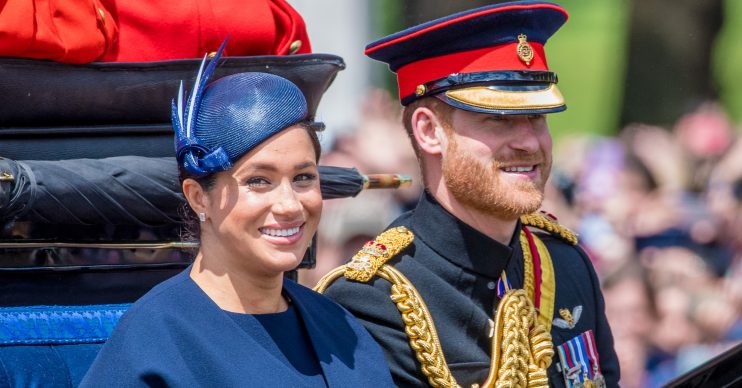 Meghan and Harry to share new photos of baby Archie THIS week?

Father's Day is coming up

The Duke and Duchess of Sussex welcomed their first child, son Archie Harrison, just over a month ago.

The royal couple showed off their adorable little boy to the world just days after, but royal fans haven’t got a better glimpse of the tot since.

However, according to Hello! magazine, Meghan and Harry could treat the public to new photos of Archie to celebrate Father’s Day on Sunday (June 16).

Meghan and Harry welcomed their baby boy into the world in the early hours of May 6 at The Portland Hospital in London.

Two days later, the couple introduced their son to the world in a photocall at St George’s Hall at Windsor Castle.

Meanwhile, at the weekend, Meghan made a brief return to royal duties to attend the Trooping The Colour ceremony, which celebrates the Queen’s official birthday.

The new mum looked radiant in a navy outfit with her hair swept back into an elegant bun.

When do you think we’ll get to see Archie? Leave us a comment on our Facebook page @EntertainmentDailyFix and let us know!