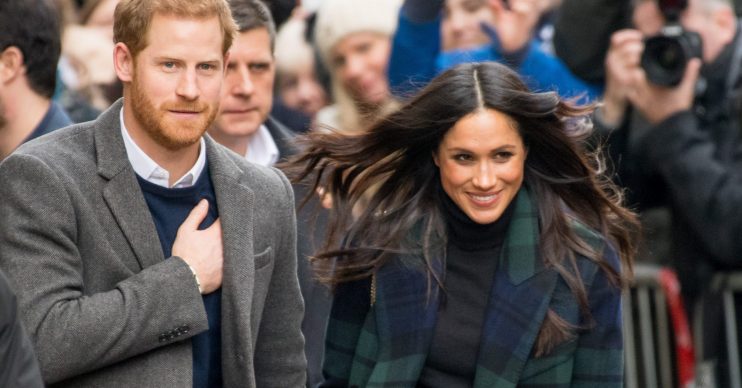 She called their foundation launch 'irrelevant'

Lorraine Kelly has criticised Prince Harry and Meghan Markle for launching their foundation at a time of crisis.

The presenter wrote in a column for The Sun that she believes the couple made the announcement at exactly the wrong time.

The couple moved to LA and lodged an application last month to use the name Archewell for the foundation.

The application covered a range of items, including educational materials, clothing and stationary.

Lorraine described the decision to launch the foundation as, “both bizarre and at the same time irrelevant”.

She added: “It’s being done with the best possible intentions, I’m sure. But it showed them being out of touch with the people’s immediate concerns, and also highlighted that we don’t really care anymore.

“We certainly don’t wish Harry and Meghan any ill will, we just aren’t that bothered.”

She added that if Harry had remained in the UK, he would have “rolled up his sleeves”.

Writing further in her column, Lorraine said “poor” Prince Harry is now far away from his family and “hunkered down in a Malibu mansion”.

We certainly don’t wish Harry and Meghan any ill will, we just aren’t that bothered.

She also said the couple are likely “living in a bit of a La la Land bubble”.

She held the couple in contrast to William and Kate, who she feels have not put a foot wrong.

The Duke and Duchess of Cambridge recently talked to the children of front line workers via video call.

Lorraine said of the interaction: “They quickly realised they can still do a wonderful job of cheering up front line workers with morale-boosting FaceTime calls, letting them know how much they are appreciated.

And the daytime TV favourite said Kate, in particular, is “so natural with children”.

Lorraine said Kate’s way with kids is due to the fact she “she never talks down to them” seems to always know “exactly what to say”.