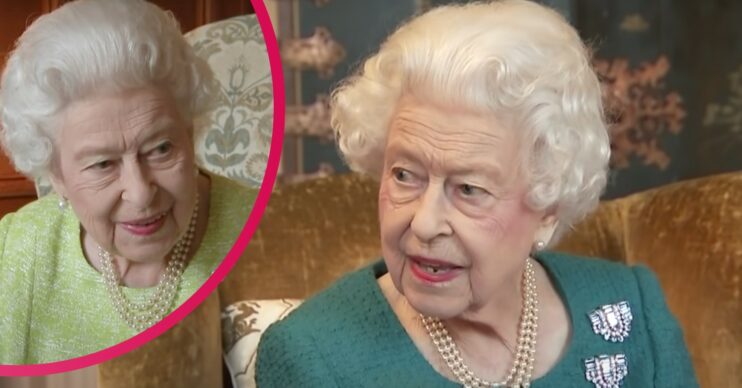 Royal fans have reason to be relieved following the latest update regarding the Queen and her battle with Covid.

It’s been revealed that Her Majesty hosted virtual audiences today (Tuesday, March 1), something she failed to do last week.

JUST IN: The Queen – after her Covid infection – decided she was well enough to carry out two virtual audiences today by video link from Windsor Castle.
She cancelled similar engagements last week after testing positive for the virus.
It’s a sign she’s very much on the mend pic.twitter.com/jyMHCV86q5

An update on the Queen’s health following her battle with Covid has left many royal fans breathing a sigh of relief.

Her Majesty tested positive for the virus on February 20, leaving many worried about her health.

However, Chris Ship, ITV News’ royal editor, has provided his 113.1k Twitter followers, and the British public in general, with some good news.

“JUST IN: The Queen – after her Covid infection – decided she was well enough to carry out two virtual audiences today by video link from Windsor Castle,” he tweeted.

“She cancelled similar engagements last week after testing positive for the virus,” he continued.

How did Royal fans react to the news?

Royal fans reacted positively to Chris’ news in the replies, and on Twitter in general.

“That’s what you call distinguished public service, now where’s her award?” another said.

“Glad to hear the Queen is feeling better,” a third wrote.

“I’m so relieved at this news, my mind is at rest,” another tweeted.

The Queen’s battle with Covid

The 95-year-old monarch’s battle with Covid began last month when she tested positive for the virus.

It was expected, at first, that the Queen was going to be doing “light work”, despite her positive test.

The sort of “light work” expected was hosting virtual audiences via video link.

However, last Tuesday (February 22) the Queen was forced to cancel her virtual audiences for the day. This was because she was still suffering from “mild, cold-like symptoms”.

Things were looking up by the following day though (Wednesday, February 23). It was reported that Her Majesty had had her weekly meeting with Boris Johnson, albeit via phone.

Royal fans will undoubtedly be hoping that Her Majesty will be back out hosting in-person engagements soon.