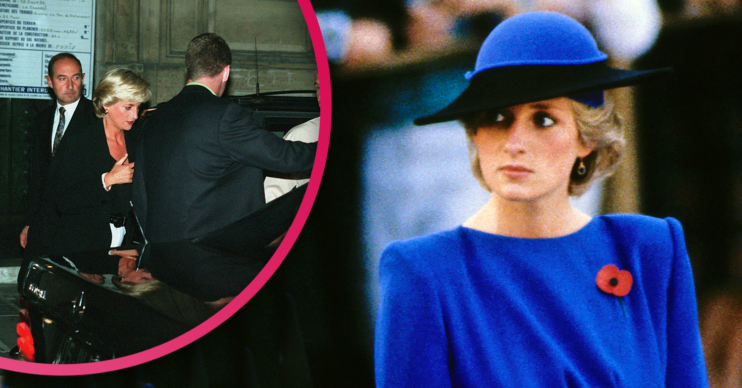 The last words of Princess Diana have been revealed by a fire sergeant who was one of the first on the scene of the Paris crash in August 1997.

The collision killed Diana, who was just 36 at the time.

Now, in a new series and podcast by the Daily Mail that re-examines Diana’s last days, more details about her death have come to light.

Last words of Princess Diana: What happened on the night?

Diana and Dodi attempted to flee the Ritz in Paris by the back entrance, thus avoiding the paparazzi positioned at the front of the hotel.

Sadly, their plan failed, and their Mercedes had a “glancing collision” with a white Fiat Uno in the Alma tunnel.

This caused the driver – Henri Paul – to lose control of the car, smashing into the 13th pillar of the tunnel’s central reservation at 65mph.

No one in the car was wearing a seatbelt.

So who was first on the scene?

Off-duty doctor Frederic Mailliez was on his way home from a party when he saw smoke in the tunnel as he entered from the other direction.

He said the engine was almost cut in two and the horn was blowing. Mailliez stopped his car and went to help, finding Dodi and Henri “apparently dead”.

He said the other two people in the car were “severely injured by still alive” and said he had no idea that the woman in the car was Princess Diana.

Mailliez said she was “sitting on the floor in the back” of the car and that she was “a most beautiful woman”.

He added that she didn’t have any serious injuries to her face.

Diana wasn’t bleeding but she was almost unconscious and having trouble breathing and he suspected severe internal injuries.

Mailliez called the emergency services and said he was surprised to find people taking pictures of the scene. One of them told them the patient spoke English.

He said he began telling her the ambulance was on its way and “everything was going to be alright”.

Diana was “moving and talking” at this point, fire sergeant Xavier Gourmelon – who was next on the scene – revealed.

What were Princess Diana’s last words?

Gourmelon said he stayed with the “female passenger” and “tried to calm her”.

He said: “She spoke in English and said: ‘Oh my God, what’s happened?’ I could understand that, so I tried to calm her. I held her hand. Then others took over.”

Read more: Princess Diana would’ve given Harry a ‘telling off’ for breaking away from royals

Gourmelon said that, physically, little looked wrong with Diana, other than an injury to her shoulder.

However, when she was moved from the car, onto a board and then onto an air mattress, Diana’s heart stopped beating for the first time.

I saw her for the first time there. She was completely intact, no mark or stain, or make-up. Completely natural.

It was restarted, but once in the ambulance her blood pressure began to drop.

At the hospital, she went into further cardiac arrest, was given external cardiac massage and adrenaline, before surgery to stop her internal bleeding was performed.

Her heart never restarted and it was then that a priest was called.

What happened when the priest arrived?

Catholic priest Father Yves-Marie Clochard-Bossuet was asked to sit with Diana’s body and watch over her until an Anglican priest could be found.

He revealed: “I saw her for the first time there. She was completely intact, no mark or stain, or make-up. Completely natural.

“And she was a really beautiful woman and it seemed as if you could almost talk to her,” he said.

Diana would have been 60 on July 1 this year.

Her sons Princes William and Harry are due to unveil a statue in her honour next month.