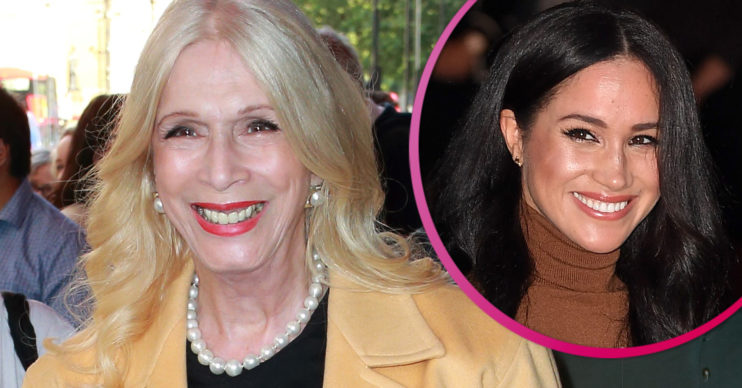 The I’m A Celebrity star and royal author is no stranger to criticising Meghan and her husband Prince Harry.

In a new interview, Lady C spoke about her new book, Meghan And Harry: The Real Story, and the couple’s decision to step back from royal life.

The star, 70, said she believes Harry is “so desperate to please” Meghan and will “go along with whatever she says” because he’s “besotted with her”.

She told new magazine: “I believe that if Harry had married anyone else, he would still be a member of the royal family.”

Speaking about the similarities between Meghan and Harry’s late mother Diana, Lady C claimed they both have “many of the same failings”.

She added: “I believe Meghan’s ambition was always to outshine Diana. There are many parallels.

“For me Meghan’s ambition has always been to outshine Diana, but I think she’s gravely misread the situation.”

I believe Meghan’s ambition was always to outshine Diana.

She also claimed Meghan and Harry will struggle to “make even £20 million per year” despite wanting to become “this billionaire power couple”.

Last month, Lady C clashed with Phillip Schofield over her new book about Meghan and Harry.

The author appeared on This Morning and the interview turned sour as she branded Phil “ignorant” after he accused her of being a “gossip”.

She added: “My relationships with all members of the royal family are private.”

Lady C said: “I think if you had any respect for the truth you would be able to appreciate that people, who actually stand up and go against the tide, understand the truth.”

Will you be buying Lady C’s book about Meghan and Harry? Leave us a comment on our Facebook page @EntertainmentDailyFix and let us know.