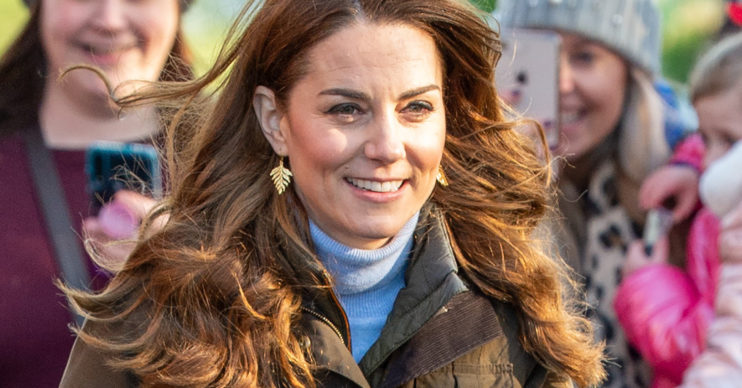 Kensington Palace has hit back at claims Kate Middleton was feeling “trapped and exhausted” by her increasing workload.

However, a spokesperson for the Duke and Duchess of Cambridge said the report contained a “swathe of inaccuracies”.

The spokesperson told Hello! magazine: “This story contains a swathe of inaccuracies and false misrepresentations which were not put to Kensington Palace prior to publication.”

What did the reports suggest?

Meanwhile, this week a source told Tatler magazine: “William and Catherine really wanted to be hands-on parents and the Sussexes have effectively thrown their three children under a bus.

“There goes their morning school runs as the responsibilities on them now are enormous.

“Kate is furious about the larger workload. Of course she’s smiling and dressing appropriately but she doesn’t want this.”

This story contains a swathe of inaccuracies.

William and Kate have been busy working recently despite the lockdown.

The couple have made a series of TV appearances during this time.

Last week, they hosted a game of bingo for the Shire Hall Care Home in Cardiff via video call.

Meanwhile, earlier this month, Kate spoke on This Morning about the struggles of lockdown.

She said: “We hadn’t done a huge amount of FaceTime and face calls and things like that.

“But obviously we’re doing that a lot more now, and actually it’s been really great.

“In some ways I suppose we’ve got a lot more face time than perhaps we would have done before but it is difficult.”

Kate added: “It’s hard to explain to a five and a six, nearly seven-year-old what’s going on.”

William and Kate are staying at Anmer Hall in Norfolk with their three children – Prince George, Princess Charlotte and Prince Louis – amid the coronavirus lockdown.

Earlier this year, Prince Harry and Meghan stepped back from royal life.

At the time, the couple said they aim to become “financially independent” and split their time between the UK and America.

They are currently living in Los Angeles with their one-year-old son Archie.