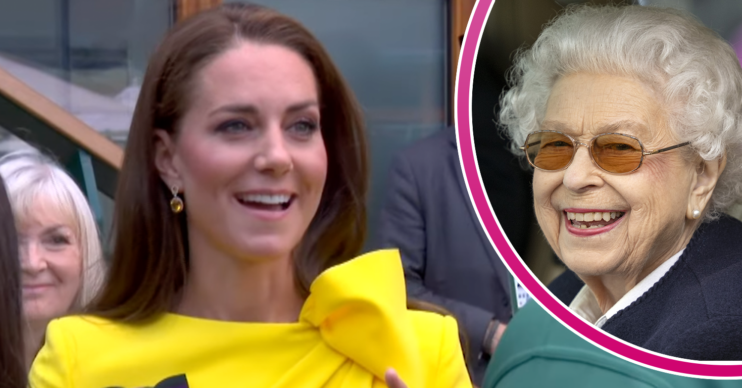 The Duchess of Cambridge arrived on Centre Court to watch the ladies’ singles final today.

Her sunny appearance today came after the devoted mother missed yesterday semi-final for an extra-special reason.

The duchess was dressed for the summer as she arrived at Wimbledon in a bright yellow dress.

Thrifty Kate wore a custom-made Roksanda dress that she first wore on her controversial tour of the Caribbean earlier this year.

Read more: Kate Middleton’s ‘gift to the Queen that forged their close bond’

It features a wrap top and a billowing skirt with short sleeves.

A similar version has been spotted online, however, you’ll need £1,095 in loose change rattling around in your pocket to buy it!

Meanwhile, Kate accessorised her dress with a pair of sky-high white stiletto heels.

Her long brown locks were swept back from her face as she arrived thanks to her bouncy blow dry.

She kept her accessories simple, letting her dress do the talking, sporting a pair of Kiki citrine drop earrings.

Secret nod to the Queen

It is a symbol of royal patronage, gifted to her by the Queen.

As fans of the royals and tennis will know, the Duchess of Cambridge took over the role of patron of the All England Lawn Tennis Club from the Queen.

As a result, the green and purple bow is worn by members of the Committee of Management during the fortnight.

Royal fans were thrilled to see Kate at the tournament.

One declared the duchess was the epitome of “elegance” as she arrived.

“So elegant. She is the sun, she is elegance ,” they said. “HRH Catherine is beautiful.”

Another agreed and commented: “Beautiful.”

“Kate is so gorgeous in yellow today as the Duchess attends Wimbledon,” said a third.

“A beam of sunshine,” said another.

“Classy as always,” another declared.

So what do you think of Kate’s dress? Head to our Facebook page @EntertainmentDailyFix and tell us. 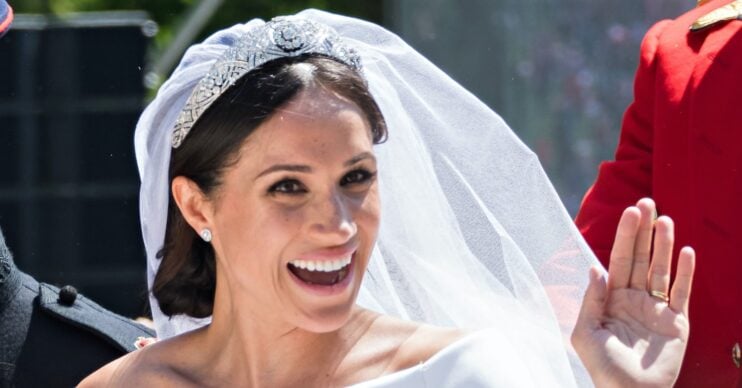