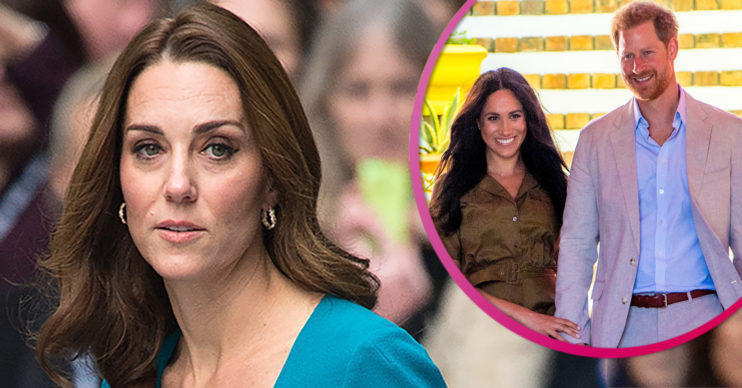 Finding Freedom will be released next week

Kate Middleton will be “desperately sad” over Meghan Markle and Prince Harry’s tell-all book, a royal expert has claimed.

Now, an expert has said nobody will be more hurt by the book’s claims than the Duchess of Cambridge.

I think Kate will be desperately sad by the book.

The book  also labelled William a “snob” over a pep talk he gave Harry over his relationship with Meghan.

Kate Middleton would be ‘sad’ over the book

Duncan Larcombe told new! magazine: “I am told everybody is extremely upset, that William is not a snob – he would’ve said the same thing had she been the daughter of a duke.

“But since Harry has been with Meghan, they’ve sought every excuse to find a reason to be resentful of everybody and everything.”

He added: “I think Kate will be desperately sad by the book. It does represent an enormous missed opportunity for Meghan.”

Finding Freedom, written by journalists Omid Scobie and Carolyn Durand, will be released on August 11.

Last month, reports said the Queen would be the “most upset” over claims in the book.

Speaking to Vanity Fair, a source said: “It’s going to open old wounds at a time when everyone wanted to move on.

“I think the person who will be most upset about it all is the Queen.”

Meghan and Harry stepped down from their senior royal roles on March 31.

The couple have been living in Los Angeles, California, with their one-year-old son Archie.

They are now living as reported ‘house guests’ at Tyler Perry’s mansion.