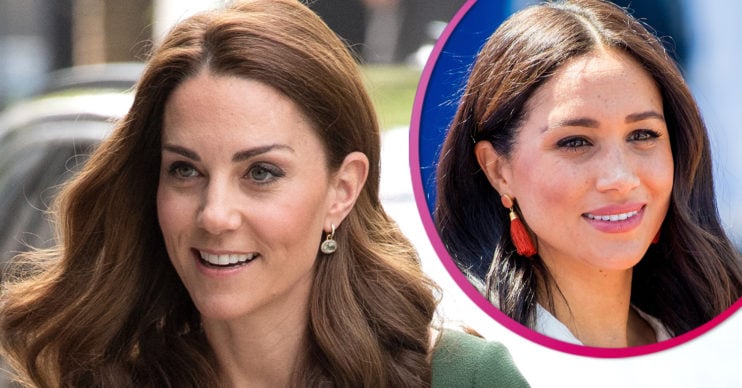 Meghan claimed Kate made her cry ahead of her wedding

The uncle of Kate Middleton has defended the Duchess, saying he doesn’t believe she made Meghan Markle cry.

Earlier this month, Meghan made the claims about the Duchess of Cambridge during her Oprah interview.

Now, Gary Goldsmith – the brother of Kate’s mum Carole – said Kate “doesn’t have a mean bone in her body”.

What did Kate Middleton’s uncle say?

Gary told the Mail on Sunday: “I don’t believe for a moment that Kate made Meghan cry. I’ve known Kate since she was born and she doesn’t have a mean bone in her body. It’s just simply not in her nature.

“She’s even lovelier on the inside than on the outside. If anyone had a hissy fit, it must have been Meghan.

“Kate would have been trying to make the peace. I would fight for Kate’s honour until the day I die. She is the most spectacular person I’ve ever met.”

Meanwhile, during her chat with Oprah Winfrey, Meghan claimed Kate had made her cry in the lead-up to her wedding to Prince Harry.

Back in 2018, months after the wedding, reports emerged claiming Meghan made Kate cry in a disagreement about bridesmaid dresses.

However, Meghan insisted the “reverse happened” and she was left in tears.

She added to Oprah: “And I don’t say that to be disparaging to anyone, because it was a really hard week of the wedding, and she was upset about something.

Earlier this month, reports claimed Kate was “mortified” that the incident was brought up again.

Royal expert Katie Nicholl told OK! Magazine: “Kate has never wanted any suggestion of a rift with Meghan to come out in the press, so for this story to be circulating is very hard.

“Kate felt it was all sorted, so to have it brought up again was mortifying.”