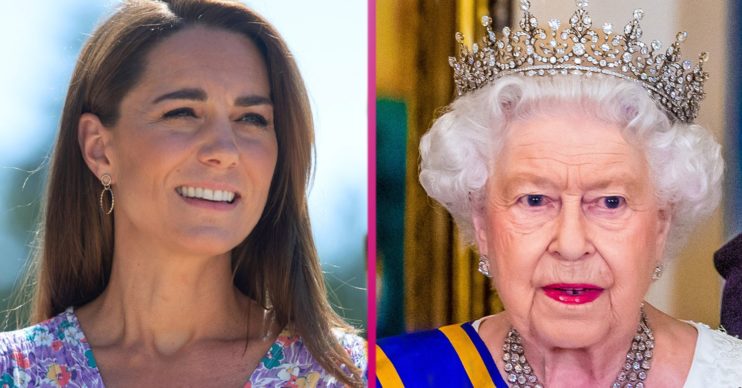 One royal expert believes Kate is gearing up to for her future role as Queen Consort.

Kate Middleton is reportedly in training to be the future Queen Consort.

The Duchess of Cambridge, 38, will one day take the throne besides husband Prince William.

She will serve as Queen Consort, while William will be crowned King of the United Kingdom.

She began her preparation for the role as soon as she married William in 2011.

How will Kate Middleton prepare to be Queen Consort?

And by having three children, she has already provided a future heir and spares.

However, one royal expert believes the palace is deliberately amping up Kate’s role in preparation.

Read more: Piers Morgan defends the Queen after she is branded an ‘old broad’

Katie Nicholls, who has written extensively on the royal family, spoke on True Royalty TV’s special Kate: The Making of a Future Queen,.

Here she said: “There are two roles to a future Queen. One is to produce heirs, which she has done, and the other is to learn how to one day become Queen and that is very much what we are seeing.

“We are seeing a Queen-in-waiting. We are seeing the Duchess take on more duties, more royal engagements, more of a public profile than ever before.

Will the Queen ever retire from her royal duties?

“This is all very deliberate, it’s very much part of the Palace machine bringing her from the shadows of Anmer and into the forefront, into the the spotlight, because they are very clever.

Read more: Is the Queen ready to retire? Royal author weighs in

“They realise the power of Kate and the potential of Kate and William as this young, glamorous, dynamic duo who actually do have the ability to reshape and project the monarchy into the future.”

And rumours are already circulating regarding the Queen’s potential retirement.

She will reportedly not be returning to Buckingham Palace for the foreseeable future.

The Palace has traditionally been her base for work and continuing her royal duties.

Instead, she shall remain at Windsor Castle with Prince Philip.

However, even if the Queen were to retire, the next in line to the throne will be her son Prince Charles, 71.

If Charles is to succeed the Queen, he will become King.

It is widely believed that his wife, Camilla Duchess of Cornwall, will take the title of Princess Consort.

This is because she is divorced, having been previously married to Andrew Parker Bowles.