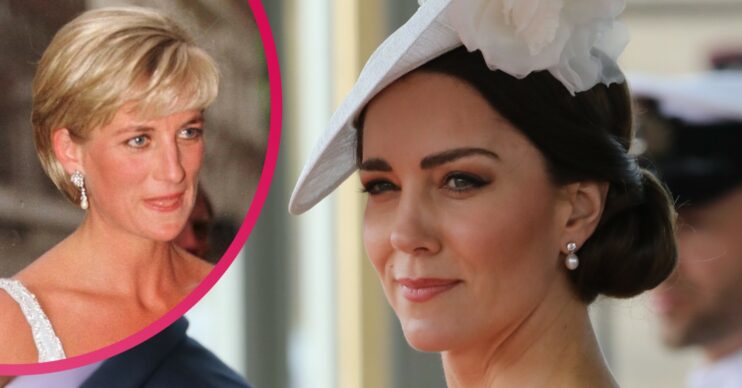 Kate Middleton dazzled in white in the stunning outfit she wore for her final tour engagement in Jamaica.

The Duchess of Cambridge and her husband Prince William are currently in the Bahamas. It is the third leg of their tour of the Caribbean, following stops in Jamaica and Belize.

But before they departed for the Bahamas, the Cambridges took in a military parade.

And observers have noted how Kate also appeared to reference her late mother-in-law Princess Diana with details in her outfit.

Kate Middleton outfit: What she wore on tour

The Duchess joined Prince William at the Jamaica Defence Force Commissioning Parade dressed from head to foot in white.

The midi-length dress featured a cinched waist as well as elegant lace detailing along the skirt and top.

According to reports, Kate made her look even more sparkling by wearing a three-strand pearl bracelet that previously belonged to her husband’s mother.

Furthermore, it is believed the pearl earrings were also once Princess Diana’s. They were worn by her for a 1989 engagement in Hong Kong.

However, they are currently on loan to Kate from the Queen.

Kate previously wore the piece at a summer reception in Germany in 2017. She also wore it at a G7 summit reception in June 2021.

Kate’s all-white look for the parade has also been compared to an ensemble the Queen wore in Australia in 1954.

For more of Kate’s designer looks from the tour so far, check out our collection of her show-stopping looks.