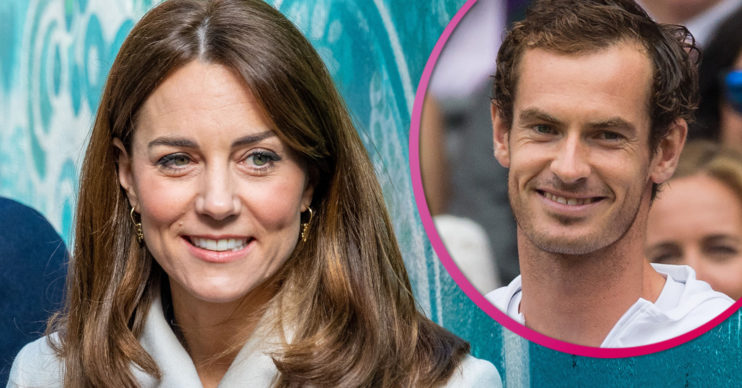 Kate is an avid tennis fan

Kate Middleton teamed up with Sir Andy Murray to surprise a group of schoolkids.

The Duchess of Cambridge and the tennis ace did a video call to mark the start of finals weekend of the Wimbledon Championships.

Kate, 38, began by speaking with pupils at Bond Primary School about their sports training.

She told them: “I’ve got a very important person here that’s going to come and join us, that would love to meet you guys and might be able to share some tennis tips as well with you.

“I’ll give you a few clues and see if you can guess who this special guest might be.

I’ve got a very important person here that’s going to come and join us.

“So he… is a he. He plays tennis for Great Britain. He’s a two-time Olympic champion.

“He’s a former World Number One… Can you possibly guess who this might be?”

One pupil guessed it was Andy as the former Wimbledon champion appeared on screen.

He answered questions and revealed what he’s been doing during lockdown.

Andy also shared his experiences of playing tennis growing up.

He gave the kids some vital tips to better their game and told them how he’s managed training over the last few months.

Andy told them: “It’s quite important in these times to stay as active as you can because it good for the mind as well.”

Duchess Kate continued: “Andy, have you got any tips for these guys if they want to take up tennis a bit more professionally?”

Andy replied: “The most important thing is to have fun.

“Listen to your coach, that’s very important. That’s the two most important things at your age.

“If you’re competing or playing any matches, try really hard in them.

“If you do go on to choose it as your career obviously the winning and losing changes a bit.”

This year’s Wimbledon has been cancelled due to the coronavirus pandemic.

Last December, the Duchess was spotted appearing to take tennis lessons with a private coach at an exclusive club in London.

Are you a tennis fan? Leave us a comment on our Facebook page @EntertainmentDailyFix and let us know.