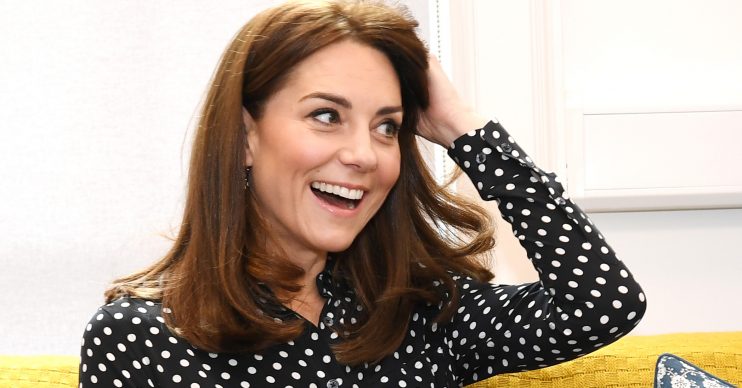 Young royal has apparently impressed both her parents

The Duchess of Cambridge, Kate Middleton, has revealed that her daughter, Princess Charlotte, has a love and talent for gymnastics.

During her three day tour of Ireland with Prince William, Kate is said to have explained how Charlotte, 4, was impressing both her and her father with her flexibility.

In between William having a go at juggling, the royal couple spoke to performers at Tribeton in Galway.

Marvelling at a tight-rope performance Kate said: “Charlotte is really into gymnastics, she’s doing cartwheels, handstands, everything. It’s so good for their basic skills of balance and coordination.”

William added: “And their flexibility, it’s really good for their long-term health, isn’t it? We went to watch the Cirque du Soleil recently, it was amazing.”

The latest London Cirque du Soleil show was Luzia, a Mexican-inspired show performed at the Royal Albert Hall from 12 January to 1 March.

Charlotte may have inherited her coordination skills from dad William, who did remarkably well juggling three balls at once.

However, he struggled when a fourth ball was added into the mix.

Charlotte is really into gymnastics, she’s doing cartwheels, handstands, everything

Wills also let on that his eldest son George was also showing a creative side, and was currently learning to play the guitar.

Elsewhere on the tour Kate told a young fan that Charlotte also loved to dance.

Chatting to a young well-wisher she asked the young girl: “Do you like to dance?”

And when the girl delightedly said she did, Kate replied: “Charlotte likes dancing too.”

It has been previously reported that both Charlotte and George enjoy taking ballet lessons at their school, St Thomas’s in Battersea, London.

The Irish tour was widely regarded as a huge success, but it is uncertain when the couple will embark on another international tour.

They were due to tour Australia in the wake of the bushfires within the coming months, but it has been reported the trip may not be certain due to coronavirus fears.

According to a report with Australian news source 7 News, doubts have been cast over how safe it will be for the couple to tour the nation.

As with their most recent trip, the couple typically engage and shake hands with hundreds of people and travel on commercial flights.

What do you think of Kate’s revelation? Share your thoughts with us on our Facebook page @EntertainmentDailyFix.