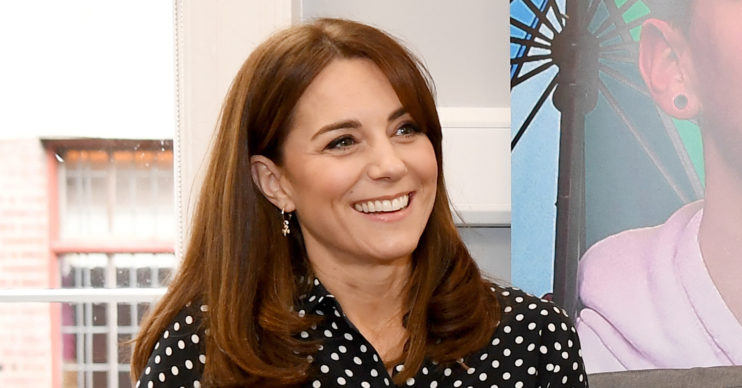 A tribute was posted to the Kensington Palace Instagram page

Kate Middleton has shared a moving tribute to her late grandmother, Valerie Middleton.

The Duchess of Cambridge, posted the tribute in celebration of British Red Cross’ 150th anniversary.

Taking to social media, Kate explained how Valerie served for the Red Cross in WWII.

She shared a stunning black and white photo of her grandma, who is shown laughing with a group of Red Cross ladies.

Who was Kate Middleton’s grandmother?

The post was captioned: “Valerie Middleton (centre), The Duchess of Cambridge’s grandmother, served as a Voluntary Aid Detachment with the @britishredcross during the Second World War.

“Over 75 years on, as we mark the 150th anniversary of the British Red Cross, The Duchess of Cambridge has written a special letter thanking 150 nominated Red Cross staff and volunteers, which will be sent alongside a commemorative coin from the Royal Mint.

“For 150 years, the British Red Cross has helped people in crisis, whoever and wherever they are.

“As we mark this special anniversary, Members of @TheRoyalFamily have come together to recognise the work of the volunteers, staff, supporters and partners of the charity who have made a difference to the lives of millions of people who have faced crisis, both in the UK and overseas.”

Dozens of royalists sang her praises in the comments section.

Read more: Prince William on how his love of football scared his children

One user noted that Valerie also worked as a code breaker in Bletchley Park during the War.

They commented: “She was a code breaker and a Voluntary Aid Detachment! What a woman. The Duchess of Cambridge had a inspirational granny.”

Another user posted: “She did a lot in service of her country! The Duchess and her family must be very proud!”

And a third commended: “What a beautiful tribute to her grandmother.”

Kate has previously spoken very friendly of her late grandmother Valerie, who passed away in 2006.

During an interview on the Happy Mum, Happy Baby earlier this year, Kate said aspires to be like her.

She said: “I had an amazing granny who devoted a lot of time to us, playing with us, doing arts and crafts and going to the greenhouse to do gardening, and cooking with us.