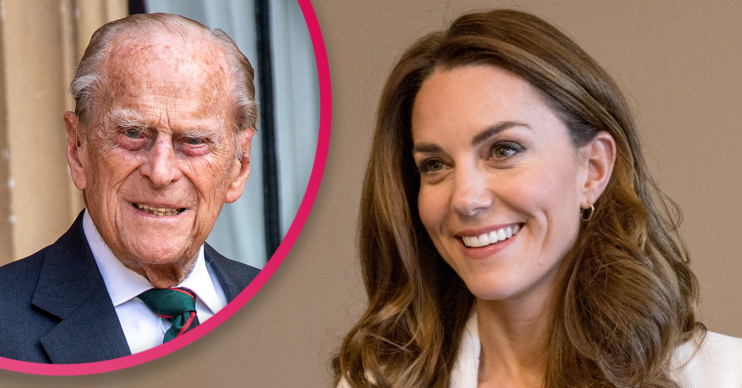 Kate Middleton is the “glue” that holds the royal family together, royal editor Katie Nicholl has told an Australian news show.

Speaking during an interview on 60 Minutes Australia, Katie said the Duchess of Cambridge was taking on the role of peacekeeper – an unofficial job title once help by Prince Philip.

Katie said Kate’s role in the royal family “has now come so far that many believe she is their biggest asset”.

Kate Middleton news: The ‘glue’ that holds the family together

Katie revealed: “‘I think Kate is the glue.”

Read more: Prince Harry is ‘repeating mistakes his mother made’

She added: “In the same way that the Duke of Edinburgh was always the one who would help resolve family issues.

“He was the patriarch of the family and I see Kate stepping into that role. Trying to keep things together,” she said.

Indeed, many onlookers thought that Kate acted as peacekeeper for brothers William and Harry at Prince Philip’s funeral last month.

It saw Prince Harry return to the UK and face his family for the first time since his explosive Oprah Winfrey interview.

Could the crown skip a generation?

With Kate widely believed to be the royal family’s “biggest asset”, Katie responded to calls for the crown to skip a generation.

This would see Prince Charles stand aside as king and let William and Kate take the throne.

He was the patriarch of the family and I see Kate stepping into that role. Trying to keep things together.

However, Katie doesn’t think it’ll happen – despite William and Kate potentially being a more popular king and queen.

She said: “A lot of people think it would make more sense to skip a generation and let the crown move straight to William and Kate.

“Possibly they might prove a more popular king and queen than Charles and Camilla.

“But the idea of breaking constitution – and that is essentially everything the royal family is built upon – is really something that’s not going to happen,” she added.