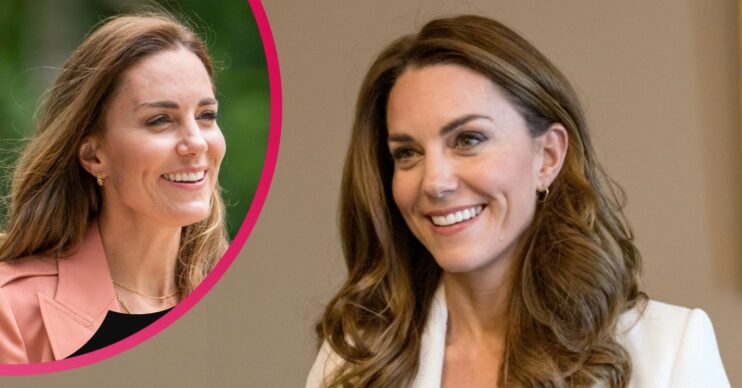 Will it be the Cambridges or Sussexes who show up more on TV?

According to a tabloid report, the latest Kate Middleton news includes claims she’s ‘in talks’ to make a TV documentary.

The Sussexes are usually portrayed as the royal family media players due to their reported Netflix deal.

However, despite Kate’s in-laws’ telly projects, it seems the Cambridges could be getting plenty of air time, too.

What is the latest Kate Middleton news?

The newspaper indicates she spoke with Gogglebox commissioner David Glover on Tuesday.

His environmental series The Earthshot Prize: Repairing Our Planet started on BBC One last Sunday (October 3).

What could Kate’s TV work be about?

Kate wants to make a documentary, according to the Mail.

And it could possibly take early childhood development as its subject.

However, there’s also speculation the format could be similar to that of Who Do You Think You Are?.

[Kate] knows how much [William] enjoyed making his Earthshot series.

Earlier this week Kate indicted she has been researching back four generations into her family as part of her interest in early childhood development.

During a visit to University College London she met researchers who are tracking the lives of babies over five years in a landmark study.

However, it was the Zara dress she wore, reported to cost £16, that grabbed the headlines for her trip.

An insider said: “Catherine is very interested in a programme.

“She thinks it could be a really significant way to explore an important subject.

Read more: Kate Middleton allergy that prevents her from enjoying some family activities

“She’s been very impressed with William’s efforts and knows how much he enjoyed making his Earthshot series.”

However, a Kensington Palace spokesman declined to comment to the Mail.