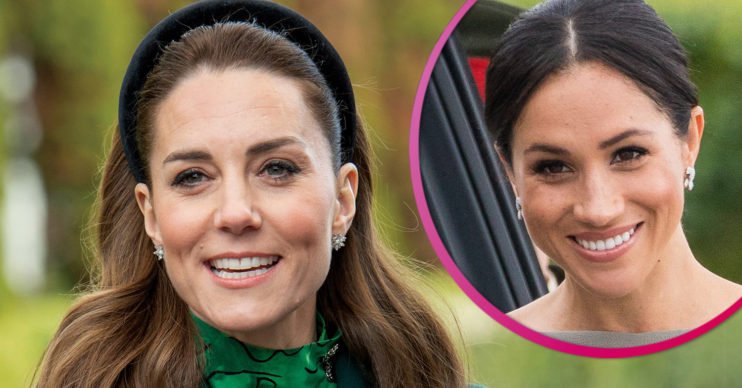 The Duchess of Cambridge "set aside any personal resentment"

Earlier this year, the Duchess of Sussex claimed Kate made HER cry in the lead-up to her wedding to Prince Harry.

This was after reports emerged months after the wedding in 2018, claiming Meghan had made Kate cry in a dispute about bridesmaid dresses.

Royal expert Camilla Tominey told Stella magazine: “Despite the Duke and Duchess of Sussex’s Oprah Winfrey interview, when Kate was accused of making Meghan cry during a bridesmaid’ s dress fitting and failing to support her, Kate rose decidedly above it all.

“…Kate put her best foot forward in trying to carve a path to reconciliation between the brothers.”

Ms Tominey added that Kate “resolved that the situation needed to be appeased rather than aggravated”.

What did Meghan say in her Oprah chat?

Meanwhile, during her Oprah interview, the host asked Meghan about the reports which claimed she made Kate cry.

Kate put her best foot forward in trying to carve a path to reconciliation between the brothers.

The Duchess insisted the “reverse happened” and she was left in tears.

She added to Oprah: “And I don’t say that to be disparaging to anyone, because it was a really hard week of the wedding, and she was upset about something.

Meghan and Harry stepped back from royal life last year and have been living in America since.