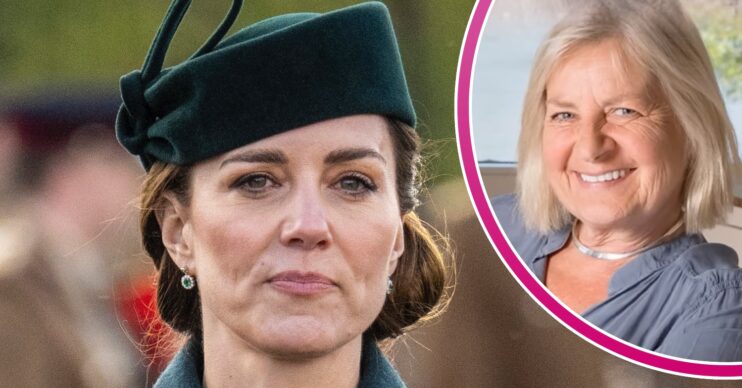 Kate Middleton has received heartbreaking news about her friend and confidant Christine Hill, who has sadly died.

Christine and Kate are said to have become close when the antenatal expert helped her prepare for the birth of her first child.

Kate and Prince William spent a lot of time with Christine ahead of the birth of Prince George.

Sadly Christine has passed away at the age of 74.

A spokesperson for her family gave a statement to the Daily Mail’s Eden Confidential column, Hello reports.

They said: “She will be achingly missed. Her feisty, amusing, straightforward demeanour won her many friends.”

Kate grew close to Christine during her difficult first pregnancy.

She suffered from extreme morning sickness known as hyperemisis gravidarum throughout all three of her pregnancies.

But during her first pregnancy it was so bad she was hospitalised.

She also gave them practical and emotional advice over the phone.

The antenatal expert spoke to the Daily Telegraph ahead of the birth of Prince George, now eight.

She said: “Kate is a delightful girl. What you see is what you get.”

Everyone had been so supportive and both William and I were conscious that this was something that everyone was excited about.

As well as praising Kate, she said as a couple, the Duke and Duchess of Cambridge made a “great team”.

Christine said Prince William was well prepared for the birth as well.

She said: “Prince William will be doing the right stuff on the day.”

Kate admitted that her first pregnancy was scary.

Speaking to Giovanna Fletcher on her Happy Mum, Happy Baby Podcast, she said: “It was slightly terrifying, I’m not going to lie.

“Everyone had been so supportive and both William and I were conscious that this was something that everyone was excited about.

“And we are hugely grateful for the support that the public has shown us, and actually for us to share that joy and appreciation with the public was equally important.

“But equally, it was coupled with a newborn baby and inexperienced parents and the uncertainty about what that held. So there were all sorts of mixed emotions.”

So what do you think of this story? Let us know over on our Facebook page @EntertainmentDailyFix