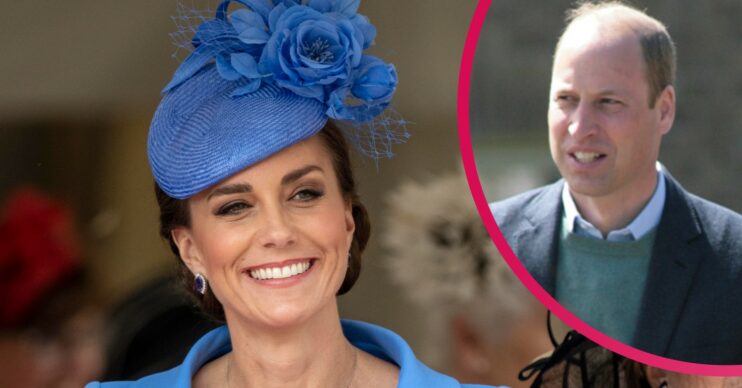 It's the Duke of Cambridge's 40th birthday today!

Kate Middleton has had a “big influence” on Prince William which has helped him prepare for his future royal role, an expert has claimed.

The Duke of Cambridge is celebrating his 40th birthday today (June 21).

Now, a body language expert has claimed that Kate has helped William boost his confidence as well as helping him “embrace” his role as a future King.

Speaking on behalf of Betfair Casino, Darren Stanton said William has developed as an “empath and as a communicator”.

Part of that is thanks to his marriage to Kate, Mr Stanton insisted.

Mr Stanton continued: “Kate has had a lot to do with building William’s confidence…

“…especially during Royal engagements and meeting other civil dignitaries.

“Of course, becoming a father has given William a great deal of inner peace and tranquility and boosted his confidence in himself.”

Meanwhile, Mr Stanton said Kate’s willingness when it comes to royal duties has had a “big influence” on her husband.

He said: “Kate, herself, is quietly confident and she is happy to attend events on her own without William as much as she is alongside him.

“…and her willingness when it comes to her Royal duties appears to have had a big influence on the way that William now thinks.”

He added: “William’s body language now shows signs of openness, integrity, honesty and a desire to connect with all of those he comes into contact with….

“…whether it’s Royalty, a public figure, politician or member of the public – a trait his mother Diana was known for and one Kate has continuously shown.

“Not only have we seen his character evolve and mature…

“…But William is now embracing the fact that one day soon he will be King.”

Send your birthday wishes to Prince William on our Facebook page @EntertainmentDailyFix.