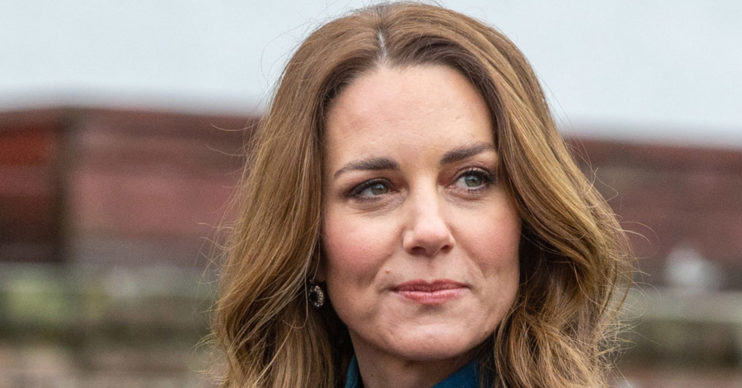 Kate Middleton visited Clapham Common in London to pay her respects to Sara Everard, but fans have had to defend her as the move came under fire.

The Duchess of Cambridge, 39, visited the memorial of murdered marketing executive Sarah on Saturday (March 13).

However, she was unmasked, which drew some criticism.

Others, meanwhile, branded her unannounced visit a ‘publicity stunt’ in wake of Meghan Markle’s sensational revelations in her interview with Oprah Winfrey.

But Kate’s fans came out in full force on Twitter, with many begging the public not to be cruel towards the duchess.

They also urged people not to pit Meghan and Kate against one another via the social media platform.

One user tweeted: “Kate Middleton is being abused on Twitter by the same people who call for the abuse of women to stop. What am I missing?”

While another user argued: “Hate people who use women and play off against each other. Both Kate and Megan have brought issues concerning women around the world. The focus now shouldn’t be on them but on Sarah Everard.”

And a third user claimed: “I’ve seen a few tweets about Kate Middleton’s visit to the Sarah Everard memorial being some sort of PR exercise.

“And I’m… uncomfortable with that framing. Kate Middleton was basically stalked by the press through the London streets for years before her engagement was announced.”

Another Kate supporter stated: “I think the PR argument might be valid if Kate went on an official engagement, but quietly showing up to pay her respects is the opposite of that.

Kate Middleton being praised for breaching lockdown, using a woman’s death as a PR stunt. Just imagine what people would have said if that was Meghan?

The fact Kate Middleton is pictured on many of the front pages tomorrow, fawning over her “tribute” at the “vigil”, tells you all you need to know.

PR for the monarchy rather than expose the failings of the police and stand in solidarity with our sisters.

The system is rigged.

“This was as close to incognito as is possible for one of the most famous women in the world.”

One of the critical tweets read: “Kate Middleton spotted without a mask at Clapham. Using a dead woman for good PR. Shameful.”

He tweeted: “A Royal source says that Kate used to remember what it felt like waking around London at night before she was married and the murder of #SarahEverard had moved her.

“It was a private visit and Kate laid flowers from the garden at Kensington.”

Meanwhile Kate has yet to speak out against the claims made by Meghan in her CBS interview.

Within the interview, Meghan said that Kate had in fact made her cry over a disagreement over bridesmaids dresses.

A Royal source says that Kate used to remember what it felt like waking around London at night before she was married and the murder of #SarahEverard had moved her.
It was a private visit and Kate laid flowers from the garden at Kensington. https://t.co/vbYejsLrpe

She also said that a member of the Royal Family was ‘concerned’ over what colour of skin her son Archie would have.

Oprah later confirmed it was neither the Queen nor Prince Philip who made the offensive comments.

However, the Queen has responded to the interview with a formal statement.

“The issues raised, particularly that of race, are concerning.

“While some recollections may vary, they are taken very seriously and will be addressed by the family privately.

“Harry, Meghan and Archie will always be much-loved family members.”
Meanwhile, Prince William broke his silence by telling a Sky News reporter that he not yet spoken to Prince Harry.
But he planned to. And he also stated: “We are very much not a racist family.”
What do you think? Let us know on our Facebook page @EntertainmentDailyFix.
Share Share Share