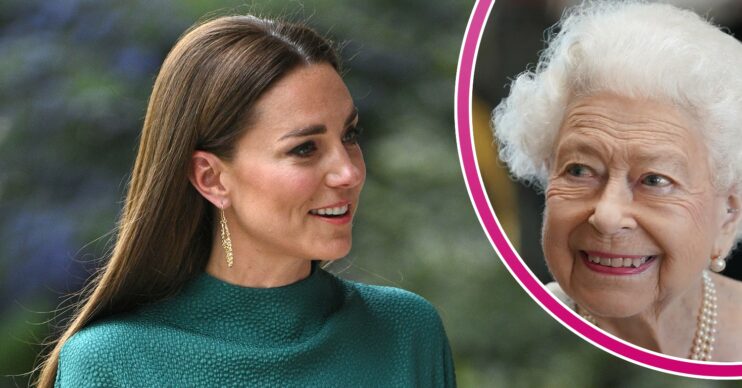 Duchess Kate once confided in the Queen over her parenting struggle with Prince George, a royal expert has claimed.

According to Katie Nicholls, Kate found it difficult in the early days following George’s birth and turned to Her Majesty for help.

The Duchess of Cambridge and her husband Prince William have always been praised for their approach to parenting.

In fact, the royal couple have been described as “modern royals” because of their hands-on approach.

However, according to one royal expert, it hasn’t always been plain sailing for them on the parenting front.

Read more: Heartbreak for the Queen as she mourns sad death

In the 2015 documentary Kate Middleton: Heir We Go Again, Nicholl claimed that Kate found it “difficult” in the early stages after Prince George’s birth in July 2013.

So much so, that the Duchess of Cambridge is believed to have turned to Her Majesty for some advice.

Duchess Kate ‘turned to the Queen for advice’

Nicholl then went on to speak about the time Kate reportedly confided in the Queen.

“Kate was having a conversation with the Queen in which she confided that she had found being with George on her own, and not having a full-time nanny or a maternity nurse, very hard,” she alleged.

“William and Kate wanted to be hands-on parents, and they did it until September and then they recruited a nanny.”

Kate and William hired Maria Borallo, who is still nanny to their children to this day, nine years later.

Nicholl also spoke about how Kate’s mother, Carole, is very supportive when it comes to looking after the children.

In other news, Kate and Prince William were both praised yesterday (August 4) for “taking the high road“.

Yesterday saw Meghan Markle celebrate her 41st birthday – and the Cambridges were one of many to wish her a happy birthday.

In fact, William and Kate were the first of Prince Harry‘s relatives to wish Meghan a happy birthday.

“Wishing a happy birthday to The Duchess of Sussex!” they tweeted and posted on their Instagram.

Royal fans were full of praise for the Cambridge’s gesture, with some branding it “classy”.

“William and Catherine are truly kind, global leaders and they always take the high road,” one royal fan wrote.

“Always choose to be graceful and classy. Incredible,” another said.