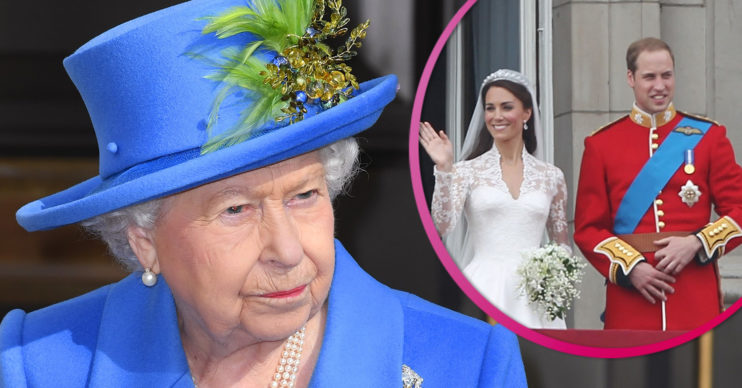 Kate and William married at Westminster Abbey 10 years ago

The Queen reportedly made a ‘disapproving’ comment at the wedding of Prince William and Kate Middleton.

The Duke and Duchess of Cambridge tied the knot on April 29, 2011, at Westminster Abbey.

At the time, a lip reader revealed the comment Her Majesty apparently made to her husband Prince Philip.

According to CBS News at the time, Tina Lannin claimed the Queen said outside the abbey: “I wanted them to take the smaller carriage.”

The Queen is said to have replied: “Very well.”

William and Kate initially met at university and dated for eight years before the Duke proposed in 2010.

They then married the following year and have gone on to have three children – Prince George, Princess Charlotte and Prince Louis.

Earlier this week, Kate’s uncle Gary Goldsmith said he believes she should be the next Queen.

William is second in line to the throne after his father Prince Charles.

However, Gary insisted “things need to pass to William and Kate” when the Queen steps down.

Gary told the Daily Mail: “Charles would do a good job, of course, but in terms of freshening things up it would be better with William and Kate.”

When asked whether he thinks his niece is ready to be Queen Consort, Gary added: “Kate was born ready. I think she’s quite unique. I’ve said it before but I mean it, she’s as beautiful inside as out.

“And she knows about duty and putting others before herself. Kate is a giver, not a taker.”