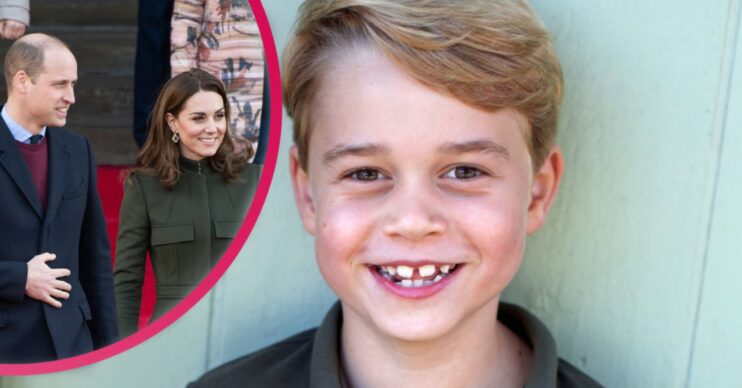 Royals Kate Middleton and Prince William were left heartbroken over taunts made at their young son Prince George recently.

Prince George came under fire from members of the public after he was seen wearing a suit to the Euro 2020 final.

The Prince was visibly upset when England lost to Italy in a penalty showdown at the sporting event leading to him being mocked and taunted online.

Now Royal Biographer Angela Levin has claimed that the incident left his parents “so upset” at how cruel people can be.

Speaking on True Royal TV she said: “They’ve been so upset by the rudeness of people mocking a little boy. I hope they can overcome that.”

The Duke and Duchess of Cambridge have growing fears for their son as he gets older, with the negative effects of social media reportedly weighing heavily on their minds.

A source recently told US Weekly: “Of course, William and Kate are nervous about what the future holds for George. He’s growing up in a different era to his parents. Times have changed since then.

“There wasn’t social media or internet trolls when William and Kate were children. The Cambridges feel it’s necessary to shield George, Charlotte and Louis from the spotlight and have become cautious about the appearances they make.”

They stressed: “Kate and William are being more selective about the events he attends.”

The cartoon pokes fun at all members of the Royal Family. George and his siblings, Princess Charlotte, six, and Prince Louis, three, have featured heavily.

The programme is based on parodies of all characters, but the inclusion of the young children has come under fire from critics.

It’s uncalled for, and it goes against our collective sense of responsibility.”