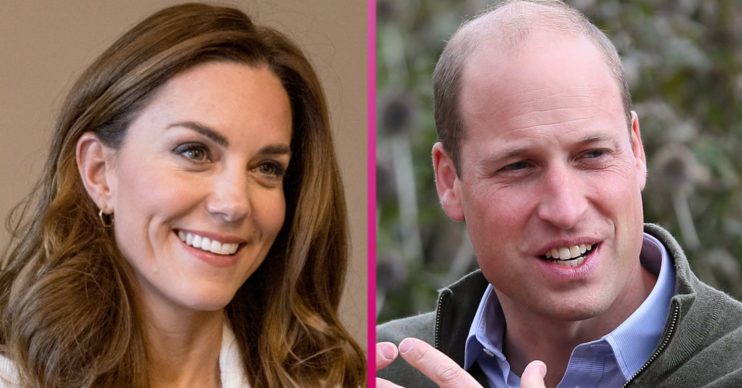 Kate Middleton and Prince William have returned to work for the first time since Prince Philip’s funeral.

The married pair visited the Air Cadets in East London earlier today (April 21), after receiving special permission from the Queen.

During the outing, Kate and William paid tribute to the Duke Of Edinburgh, who served in the Air Cadets for 63 years.

Paying tribute to His Royal Highness The Duke of Edinburgh, who served as Air Commodore-in-Chief of the @aircadets for 63 years 🛩️ pic.twitter.com/VydHGGaBMq

As always, Kate, 39, looked chic in a black Dolce and Gabbana coat with suede court heels.

The stylish coat – which she previously wore on Remembrance Day in 2017 – featured classic gold buttons.

Meanwhile, William, 38, donned a dark suit, a white shirt and a black tie.

The Duke and Duchess of Cambridge shared a series of the shots from the day on Twitter.

The couple were seen chatting to the Air Cadets in one, while another showed Kate inside a flight simulator.

The post read: “Today The Duke and Duchess visited @282ATC, which supports its @aircadets to gain skills and qualifications across a variety of different disciplines…

“…Before speaking to a number of the young people who are preparing for their @DofE Awards.”

One wrote: “These two are always on the job, carrying out their duties with warmth respect and joy even at this sad time for the family. Bravo!”

What a beautiful visit and a great tribute to Prince Philip!

A second added: “What a beautiful visit and a great tribute to Prince Philip!”

Another shared: “Wonderful tribute by the Duke and Duchess of Cambridge to honour Prince Philip’s legacy!”

In addition, a fourth said: “This is so wonderful to see!”

The Queen celebrates her 95th birthday

Her Majesty apparently celebrated the occasion in a low-key style after the death of her husband.

Furthermore, she released a statement to thank the public for their support.

“While as a family we are in a period of great sadness, it has been a comfort to us all to see and to hear the tributes paid to my husband.”

In addition, the Queen added: “My family and I would like to thank you all for the support and kindness shown to us in recent days. We have been deeply touched.”