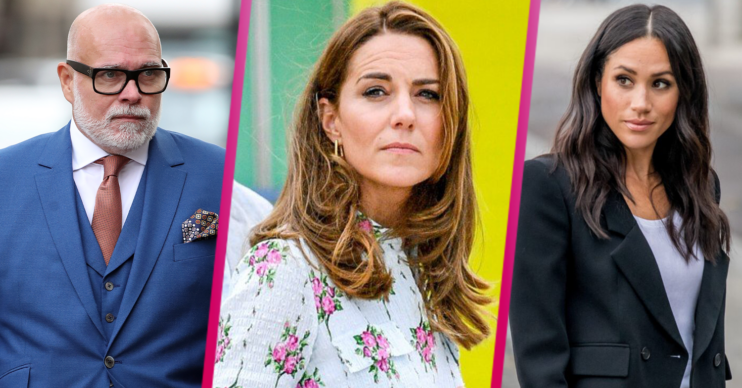 Kate Middleton and her most controversial moments: From Uncle Gary to those topless photos

It seems even the most popular royals aren't immune to scandal

Kate Middleton is one of the best-behaved royals, but even she’s managed to endure some controversies during her time in the monarchy.

Her marriage to Prince William has weathered a lot, but Kate has remained one of the most beloved members of the family.

But there have certainly been some ups and downs over the years.

Here’s a look back at Kate’s biggest-ever controversies…

Poor Kate became the victim of bad weather during her royal tour in Canada.

The incident happened in July 2011, when the wind sent a gust that picked up her yellow dress and almost exposed her underwear to onlookers at Calgary airport.

Designer Jenny Packham told the Evening Standard at the time: “I didn’t know it was going to be worn on a windy runway. But I did think maybe in future I will put in more weighting, just in case.”

Sadly for Kate, the millionaire hasn’t always been on what could be called his best behaviour.

The 56 year old was arrested in 2017 following a blazing row with his wife Julie-Ann.

Read more: Who is Kate Middleton friends with? Who are her closest confidants?

A witness alleged seeing Gary knock Julie-Ann to the ground. As a result, an ambulance was called and the police later intervened.

Gary was charged with assault over the incident and was fined £5,000.

Arguably one of the biggest scandals to hit Kate during her time as a royal was when topless photos were published without her permission.

The images, which appeared in French tabloids, showed Kate sunbathing on a private estate.

Kate and Will sued Closer magazine and newspaper La Provence and won $1.9 million in damages.

“The clandestine way in which these photographs were taken was particularly shocking to us as it breached our privacy,” Prince William said at the time.

“My wife and I thought that we could go to France for a few days in a secluded villa owned by a member of my family, and thus enjoy our privacy.”

Members of the royal family are expected to bring their baby out of the hospital for their first showing to the world.

However, Kate took the unusual step of doing this very quickly after giving birth. So quickly in fact, that Kate emerged from the hospital with Charlotte and Louis just hours after they were born.

This proved controversial, with some women suggesting that Kate had set “unrealistic expectations” for new mums.

Even Hollywood star Keira Knightley weighed in on the controversy.

It’s the rumoured feud that everyone couldn’t stop talking about at the beginning of the year.

At the time, there were false tabloid stories claiming that Meghan Markle made Kate cry before her royal wedding.

After months of speculation, Meghan revealed the truth during an interview with Oprah Winfrey, and it proved damaging for Kate.

“The narrative with Kate, which didn’t happen, was really, really difficult,” said Meghan.

“No. [I didn’t make Kate cry],” she said. “No, no, the reverse happened. And I don’t say that to be disparaging to anyone. It was a really hard week of the wedding, and she was upset about something.

“But she owned it, and she apologised, and she brought me flowers and a note apologising. She did what I would do if I knew that I hurt someone. To just take accountability for it,” added Meghan.

The Larkins cast: Who stars in ITV Sunday night drama alongside Bradley Walsh