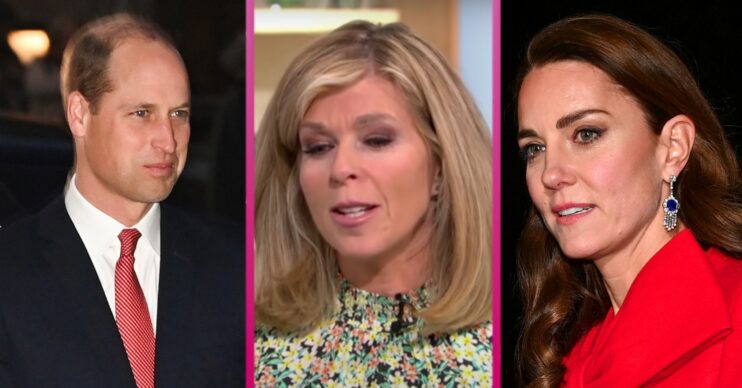 She has a role in the Duchess' carol service

In the latest Kate Garraway news, the GMB presenter has revealed a kind gesture from Prince William and Kate Middleton.

Kate, 54, said the Duke and Duchess of Cambridge recently asked after her husband Derek Draper.

The star was participating in the Duchess’ special concert celebrating the work of pandemic heroes.

She was there to deliver a reading for the event, with British Paralympian Kim Daybell also attending for the same reason.

Other celebrities involved in the event were Ellie Goulding and Leona Lewis.

Kate reflected to HELLO! how the carol service was a “wonderful and emotional way to celebrate the start of Christmas.”

In the new interview, Kate opened up about how the royal was directly involved in her contribution to the event.

And she also made mention of how both Kate and William showed concern for her family.

Both Kate Middleton and Prince William were kind enough to ask after Derek and the children.

Kate told the publication: “The Duchess had taken wonderful care and personally chosen all the readings, which had such a thoughtful theme of love and kindness.

“Both she and Prince William were kind enough to ask after Derek and the children. And as I was also lucky to be able to bring [son] William with me, he got the chance to see them too.”

Kate recently gave a heartbreaking update on how Derek is faring, several months after his release from hospital.

She told Piers Morgan he has been “devastated” by the virus “from the top of his head to the tip of his toe”.

Kate explained: “His digestive system, his liver, his kidneys, his heart, his nervous system.

“We’re pretty sure that the inflammation did pass through the brain.”

Together At Christmas airs on ITV on Christmas Eve (Friday December 24) at 7.30pm.